Football is the stage where the players fortunate their dreams to be a professional player, performing for the various clubs. Samuel Umtiti can be taken as an example who established as a professional footballer and currently plays as a center-back for Spanish club Barcelona and the France national team. He was called up to the 23-man French squad for the 2018 FIFA World Cup in Russia.

Samuel Umtiti, who scored a goal against Belgium in the semifinals of the 2018 World Cup, has maintained a net worth of $6 million and even earns an excellent amount of money as a salary out of his profession. Let's go deeper into Samuel's life and find out his career stats, world cup performance, salary, and overall net worth.

So, stay tuned with us to know the detailed information.

From the very beginning, Samuel was so much fascinated by the football since he was a child. Well, the football star began his professional career in the late teens.

Umtiti played for various clubs including Lyon, Lyon B, and Barcelona, appearing 274 times with scoring 7 goals in total in his career.

Let's check out his career stats from the table given below:

The football star, Samuel Umtiti was named in the 23-man French squad for the 2018 FIFA World Cup in Russia where he appeared in total 6 matches, in which the team got to the victory over Australia, Peru, Argentina, Uruguay, and Belgium. 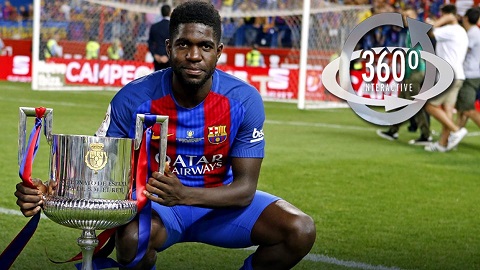 Besides, they got a draw with the team Denmark which ended at 0-0.  Umtiti scored the only goal against Belgium to take his team to the finals of the tournament. He was also named the man of the match against Belgium.

Samuel earns an enormous amount of money out of his football profession. He receives a weekly salary estimated around $99,874 from his current club. Even more, he has successfully established his net worth to be estimated around $6 million in accordance with his standard of living. 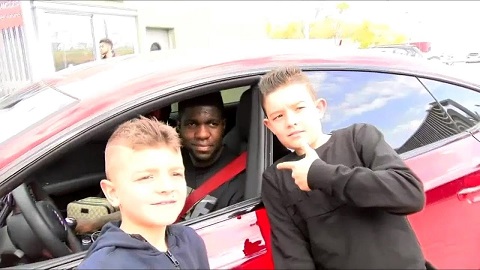 The French star has played for various clubs signing the contract. Well, he has signed for La Liga side Barcelona for a fee of €25 million. 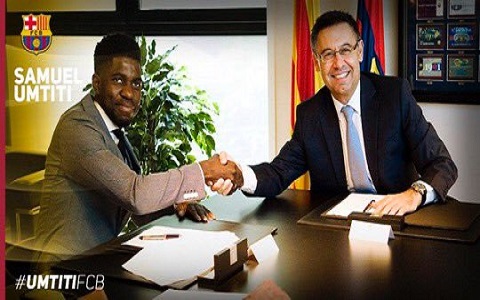 Besides, he has also extended his contract with the Barcelona club till 2023 and makes a lot of money throughout his performances for the clubs.

The football star makes a lot of money from the brands he endorses. Nike is one of them. He has endorsed many products in addition. Furthermore, his endorsement for the brands enables him to earn an excellent amount of money every year.

Samuel owns an expensive house in Yaounde, Cameroon which cost millions of dollars. He lives a luxurious life with his family.

Well, he has also got a white-dog and seems content with his life with family.