Gossip 32 Years English Footballer Gary Cahill Earns Well From his Career. How much is his Net worth and Salary? Details about his house, cars and Endorsements

32 Years English Footballer Gary Cahill Earns Well From his Career. How much is his Net worth and Salary? Details about his house, cars and Endorsements

An English footballer Gary James Cahill popular as Gary Cahill, plays as a center back for Premier League club Chelse and the England national team. He was also named in the 23-man England team squad for the 2014 and 2018 World Cup. He also captained the Premier League side, Chelsea FC when the post was left by John Terry.

The football star, Cahill has successfully maintained his net worth estimated to be around $28 million in accordance to his standard of living.  Let's go deeper into Cahill life and find out the details about his net worth, salary, income sources, endorsements, and other properties. So, stay tuned with us to know the detailed information.

Gary Cahill Salary and Net Worth

The English football star makes an enormous amount of money out of his profession. Well, he receives an annual salary of $6 million from his present club in the Premier League with the weekly wage of £130,000. Moreover, he has maintained a net worth estimated to be around $28 million in accordance with his standard of living.

The football star has played for many clubs and also earns from the contracts and endorsements. Let's find out his cars and houses.

So happy with the great win, one step closer..we'll keep on fighting! #comeonchelsea #teamspirit

Moreover, he has also endorsed for the Nike products and wears the shoes designed by the company. He can also be seen promoting the brand on his social media accounts. He has even appeared in several ads and commercials.

Houses and Cars of Gary Cahill

Gary Cahill resides in England which is his birthplace. He has bought a very expensive house of which now cost around $4 million in 2012 where he lives with his family happily. 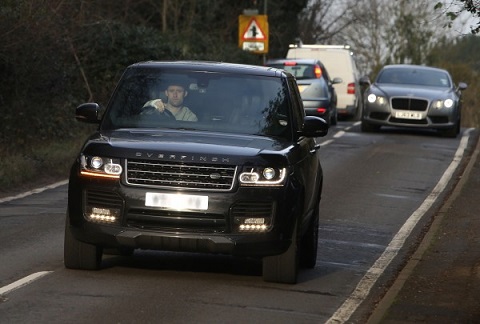 Besides, the star seems to be a car-loving person. So that, he has a big car-collection including  Aston Martin, Marcedes Benz, Range Rover, and Jaguar. His car collection holds a big amount of around $2 million.

Cahill had played for several clubs such as Aston Villa, Burnley, Sheffield United, Bolton Wanderers, and Chelsea FC. He has signed a lot of contracts with the clubs which has helped him earn an enormous amount. 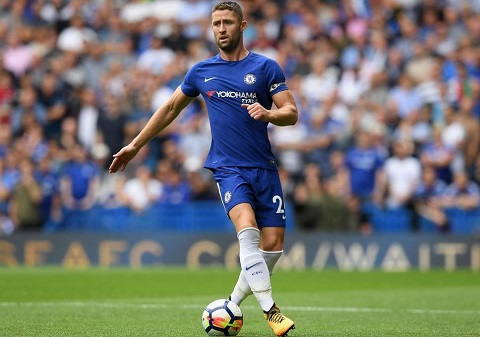 Besides, he has signed for Chelsea for approximately £7 million in 2012. After he has expanded his contract with the club which enables him to add the money in his income source.