Abubakar Nurmagomedov is a well-known Russian mixed martial artist who has amassed fame for his amazing fighting skills and Sambo plus freestyle wrestling style. He is currently signed with the famous American MMA promotion company, Ultimate Fighting Championship (UFC), under its Welterweight division. Other than these facts, Nurmagomedov also earned fame as the cousin of the well-acclaimed UFC lightweight champion, Khabib Nurmagomedov.

Born in 1989, Abubakar Nurmagomedov celebrates his birthday on the 13th of November every year. He was raised by his parents in the small town of Makhachkala, Dagestan, Russia. To this date, Nurmagomedov has not revealed any details about his parents and if he has any siblings. The only known detail about his family is that he is the cousin of the famous MMA fighter Khabib Nurmagomedov.

Likewise, the MMA fighter also has not given any insight on his academics and from where he graduated.

Nurmagomedov was interested in wrestling from a young age, so much so that he had already started to do freestyle wrestling during his primary school days. Later, when he was studying in high school, he enrolled at Combat Sambo.

As he grew up, he continued training more and more. In 2011, he turned professional and made his debut on October 22, 2011, against Ibrahim Dzhantukhanov—won the fight. Following that victory, he continued his winning form by defeating Anatoly Safronov, Sergei Akinin, Adylbek Zholdoshov, Yuri Grigoryan, Magomed Shakhbanov, Dmitrii Capmari, and Richard Totrov.

On September 1, 2014, Nurmagomedov faced the first defeat in his professional career when Magomed Mustafaev beat him at the Sochi Star Club - Sochi Star Tournament 1. However, one defeat wasn’t enough to stop the starfighter as he backed himself up and regained his winning form.

After making a terrific record in the MMA, Nurmagomedov finally stepped foot in the UFC’s octagon on November 9, 2019, and his first was against David Zawada. Sadly, he lost the fight via a Triangle Choke Submission.

But, it seems that the defeat has not completely affected him as he is all set to fight once again in the octagon. His upcoming fight is against Jared Gooden, and it is scheduled to happen on March 27, 2021, at UFC 260.

The Makhachkala, Dagestan native MMA fighter’s earnings and net worth are still under review. Due to that, there is no exact figure as to how much he earns and how much his net worth is. 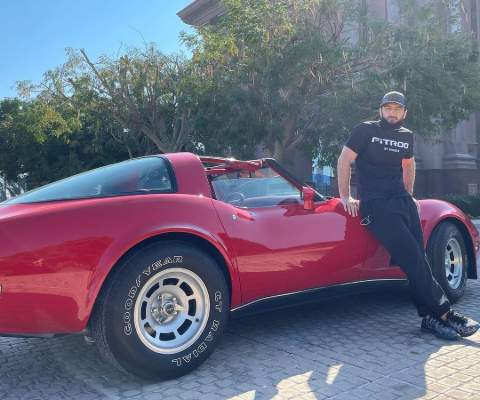 However, considering Nurmagomedov’s exceptional MMA record and that he is currently signed with UFC, it can be assumed that he earns pretty well.

The Combat Sambo World Championships bronze medalist is very private when it comes to his romantic life. In addition to that, in his social media handles, he has not posted any pictures with any woman who can be assumed as his possible girlfriend or wife.

As a result of that, nothing can be said, with full confidence, about his personal life.