Alex Munoz is a very talented professional Mixed Martial Artist (MMA) fighter. An American by nationality, he has fought quite a few matches and has managed to win most of them. He fights under the lightweight division. Currently, he is signed to the world-famous American mixed martial arts promotion company, Ultimate Fighting Championship (UFC).

Hailing from the streets of Dallas, Texas, United States, Alex Munoz was born in 1990. He celebrates his birthday on the 27th of February every year. Likewise, he goes by the birth name of Alexander Munoz, and his birth sign is Pisces.

Munoz is a private guy who does not prefer to share much about his family life in public. Due to that, there is no much information on his parents. Nonetheless, he does shares some pictures of his parents on some special occasions without revealing their identity. Other than that, it is also known that he has siblings.

Alex Munoz's MMA career was all set to begin on October 18, 2014, when he was scheduled to fight against Joey Reyna. Sadly, the match was canceled, and his debut match got scheduled. A year later, on September 12, 2015, he finally got his debut match when he fought against Angelo Anzaldua.

His debut match got special when he easily defeated his opponent via a TKO in the 2nd minute of the first round. On December 5, 2015, he got involved in his second professional MMA fight, which was against Jesse Moreno. Like last time, Munoz easily won the match via another TKO in just three seconds of the first round.

More than five months later, on May 21, 2016, he fought in his third bout against Richie Richardson. The very confident Munoz defeated his opponent via a Rear Naked Choke submission. Following three straight pro wins, his confidence was boosted.

Later, he defeated two more opponents that included Matheus Ubirajara and Nick Newell. On October 12, 2019, he fought against Troy Lamson and managed to capture his first title, TSC Lightweight Championship, via a unanimous decision.

On August 8, 2020, Munoz signed a contract with the UFC and stepped into the octagon for the first time when he fought Nasrat Haqparast. Unfortunately, the luck wasn't with him this time as he faced defeat for the first time in his professional MMA career.

Currently, he is preparing for his upcoming bout against Luis Pena, which is scheduled to happen on April 17, 2021.

How Much Is His Net Worth?

Alex Munoz has won appraisals from numerous MMA lovers from all around the world. However, appraisals and fame are not the only things he has received, as he is well paid from his profession.  The MMA fighter is usually seen going on vacations. 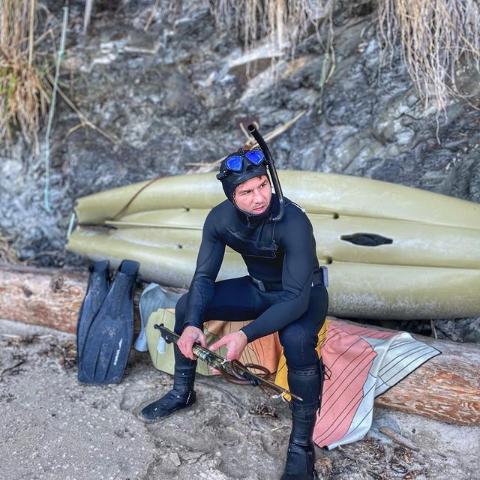 From his Instagram pictures, it can also be said that he has a lavish lifestyle. And, though he doesn't show off much, it can be assumed that he has some expensive vehicles like bikes and cars. So, how much is his net worth?

Well, nothing can be said as of now as Munoz's exact net worth is still under review. Nonetheless, from some sources, it is known that the average salary of an MMA fighter in UFC is around $68,500, and it can rise to $138,250.

Munoz's Personal Life Details; Who is his Girlfriend?

The Dallas native MMA fighter is in a happy relationship with his longtime girlfriend. His girlfriend's name is Morgan Andrews, who is going to be a doctor very soon.

The cute couple usually shares pictures alongside each other through their respective Instagram handles. Through those pictures, it can be said that the lovers like to spend some quality time with each other. 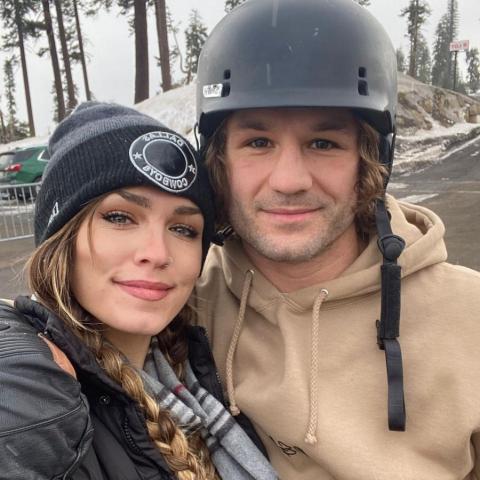 The last time Munoz was featured on his girlfriend's Instagram handle was on February 27, 2021, when she wished him on his birthday. The birthday posts consisted of some amazing pictures, and a cute caption accompanied them.