Andrew William Sanchez a.k.a. Andrew Sanchez is an American professional Mixed Martial Arts (MMA) fighter who is currently signed to the Ultimate Fighting Championship (UFC) under the Middleweight division. Turned professional in 2012, he has previously competed for the Resurrection Fighting Alliance, Capital City Cage Wars, TTO, FHMMA, and CC.

Shiloh, Illinois native, Andrew Sanchez was born on 8th April 1988, under the star sign Aries. The thirty-two years old holds an American nationality and is of white ethnic background. Regarding his physique, he stands 6 ft 1 in (1.85 m) and weighs 185 lb (84 kg; 13.2 st).

How Much Andrew Sanchez's Net Worth In 2021? Fight Purse & UFC Career Earnings

With time Andrew's fight purse has been increasing in the UFC. At the organization, the fighter has a guaranteed fight purse no matter the wins or losses. Further, there is a win bonus for the winning fighter as well as fight week incentive pay and “fight of the night” and “performance of the night” bonuses.

Early in his career, he competed for RFA, CC, FHMMA, TTP, and Capital City Cage Wars, earning a decent sum of money. As of 2021, his net worth is approximately $0.7 million. Besides, there is no information regarding his real estate and cars.

Andrew Sanchez began MMA training as a teenager. He has won 2X national championship wrestler at McKendree University and was named the 2011 NAIA Wrestler of the Year. He graduated in 2011 with a degree in Sociology. Before starting fighting professionally, he worked as a bouncer/construction.

Unlike other celebrities, Andrew Sanchez has maintained his personal side as secret as possible. There is less to no information regarding his love life. not even his relationship status. Additionally, his IG where he has 13.4 k followers is full of his MMA pictures and some from his vacations. 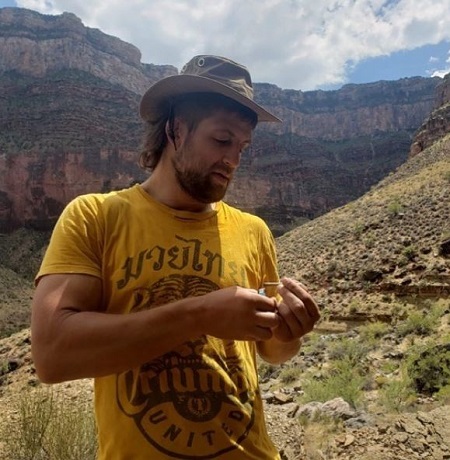 The middleweight fighter might have previously dated someone in his life, but there is no information. As of now, Andrew Sanchez is possibly single.