Currently ranked at No. 13 in UFC welterweight rankings, Belal Muhammed is a rising American Mixed Martial Artist. He has been fighting at the professional level since 2012. Muhammad is also a Purple belt in Brazilian Jiu-Jitsu. Belal currently practices under Roufusport and Chicago Fight Team. Before joining UFC, he fought in Bellator and Titan FC.

Belal Muhammad was born on July 9, 1988, in Chicago, Illinois, United States. He is the only child born to Moulavi Muhammad Yaqub and his wife, Mahmuda Khanom. He is born to Palestinian parents and is incredibly proud of his roots. After graduating from High School, Belal enrolled at the University of Illinois at Urbana- Champaign. Muhammad is five feet and ten inches tall and weighs 77 kgs (170 lb).

How Rich is Belal Muhammad? Know About His  Career Earnings, Sponsors, and Net Worth

Belal Muhammad has an estimated net worth of more than $1 Million. He has accumulated most of his net worth through his successful career in UFC and MMA. The UFC fighter has earned about $820,500 from UFC. Belal must be earning a reasonable amount from his sponsors and endorsement deals.

Belal made his professional debut in 2012 against Justin Brock. He won the match in 1st round via TKO. The fighter fought in the Titan FC in 2015 and won his debut match. Muhammad signed with UFC in 2016 and made his debut against Alan Jouban but lost the very first match. However, He won the Fight of the Night prize money. 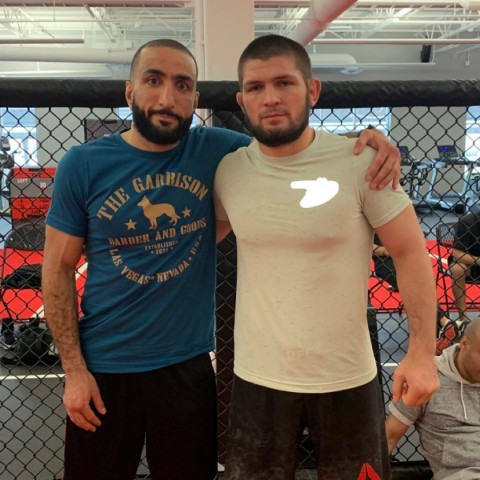 Muhammad won his second match of the UFC against Augusto Montano via TKO in the third round. In 2017 and 2018, the UFC fighter appeared in four fights and won all of them. In January 2019, he lost his last game against Geoff Neal via an Unamious decision. Belal has played four matches after his loss in 2019. He faced Leon Edwards for the UFC Night: Edwards vs. Muhammad on March 13, 2021, and the match was declared a no-contest after Edwards poked Muhammad in the eye rendering him unable to continue.

Belal Muhammad is an active social media user. He keeps posting photos and videos of his training. Following his posts, It seems like He is single as of 2021. Muhammed is focusing on his career rather than spending time with people. Belal spends his free time with his family and his friends.