New York Native Billy Quarantillo was born William Daniel Quarantillo on December 8, 1988, in Ransomville, New York. Billy rose to fame only after his years of successful hard work and dedication, so much of his early life information and his parent's information is a mystery to the public. Billy has not uttered a single word about his education and academic qualification.

Billy Quarantillo has been actively earning a good sum through his career with UFC and other fighting federations. Billy has an estimated net worth of more than $100,000. He credits most of his income to his endorsement deal, sponsorship and bonus. In the 2019/20 season, Billy earned more than $84,000 from UFC. 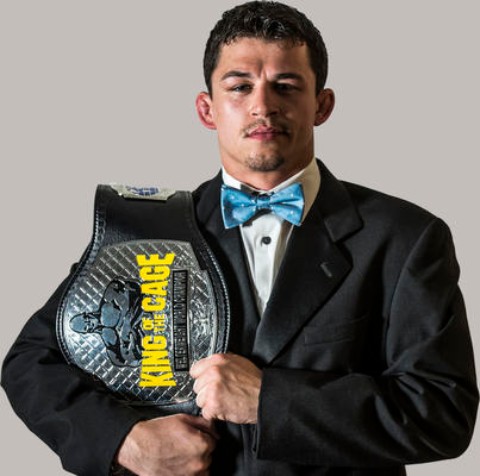 Billy with his title of King of Cage SOURCE: MMA Rocks

As per the sources, The average salary of a UFC fighter is more than $40,000. However, Due to COVID Pandemic, in 2020, The salary was decreased to more than half. Dividing his earnings in 2020, Billy earned $12,000 as his Guaranteed Prize money for his fight against Spike Carlyle. Also, he received $12,000 as his winning bonus and the remaining $5,000 as his Sponsorship earnings.

Billy is very much early in his career. He will be earning much more in the days to come. Quarantillo is looking good with his UFC contract and other business deals. Billy is ranked at number 42 as the current Best MMA Featherweight Fighter.

Billy is engaged to his long-time girlfriend, Bri. The duo has been engaged for more than a year. The love birds are yet to tie their wedding knot. Billy is an active social media user. Both of them can be seen on his timeline regularly. Bri seems to be very much supportive of Billy's profession. 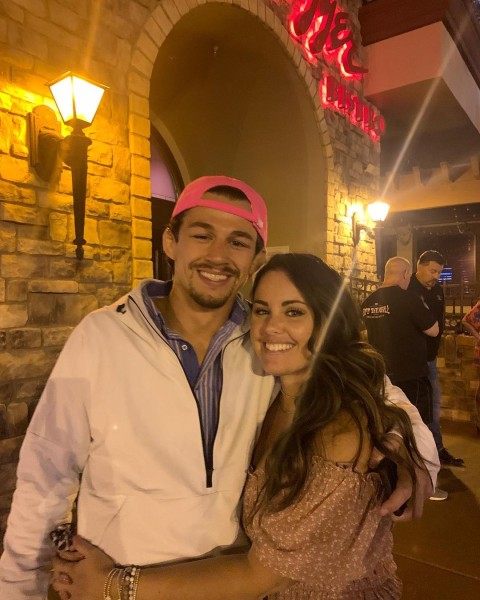 Billy shares a photo along with his fiance SOURCE: Instagram @ Billyqmma

The pair got engaged in November 2019 while they were on their vacation in the Bahamas. They had been dating for several years before getting engaged. There is not much information about his fiance, Bri, with the media.

Billy started his professional career by fighting as an amateur in 2010. Quarantillo competed for various regional American organizations after turning pro in 2013. He won the King of the Cage Lightweight Championship. He moved to the Ultimate Fighter and competed alongside, McGregor Team vs Faber's Team.

By 2019, The Fighter won five matches and signed a contract with the Ultimate Fighting Championship. Billy won his Dana White's Contender Series match against Kamuela Kirk for the UFC contract, defeating him via TKO in the third round. He made his debut in 2019 up against Jacob Kilburn, winning the game via submission in the second round.

Billy has fought four UFC matches, winning three and lost one. The American fighter has played eighteen matches. He has won six matches via KO and five matches via Submission to date.