Brendan Cody Allen a.k.a. Brendan Allen is an American professional Mixed Martial Arts (MMA) fighter who is currently signed to the Ultimate Fighting Championship (UFC) under the middleweight division. A professional since 2015, he previously competed at the Legacy Fighting Alliance where he is the former Middleweight Champion.

Besides, he earned a decent sum of money through his career at the Legacy Fighting Alliance. As of 2020, his net worth approximately $0.5 million.

Brendan is a married man. He tied the knot with his long-time girlfriend, Suzette Allen. As a matter of fact, the couple is yet to come out with their love story. It is still unknown: when did they meet, where they started dating? or their wedding date or venue. 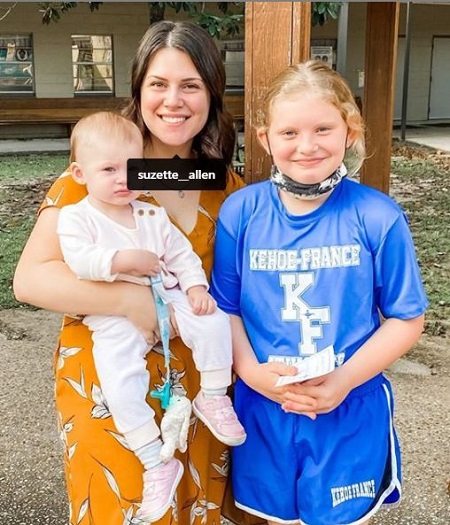 The couple shares a baby girl, Brenleigh Allen. The family of three is living a blissful life.

Brendan Allen is the son of Michelle Allen and James Allen who is of Louisiana. He has an elder brother James Jr. At the age of thirteen, Allen began training in Jiu-Jitsu after watching a JIu-Jitu class with his brother.

In high school, Allen competed in Mississippi after had some training in wrestling and boxing. Later, he joined Clementi's Gladiator Academy to train in mixed martial arts. Further, he enrolled at Southeastern Louisiana University, majoring in criminal justice.

On 18th October 2019, Brenda Allen made his UfC debut at UFC on ESPN: Reyes vs. Weidman where he defeated Kevin Holland via Submission (rear-naked choke). He next faced Tom Breese at UFC Fight Night: Benavidez vs. Figueiredo. He won the fight via TKO (elbows and punches).

On 27th June 2020, he faced Kyle Daukaus at UFC on ESPN: Poirier vs. Hooker. He won the fight via unanimous decision. Further, he was scheduled to face Ian Heinisch for the second time on 7th November 2020 at UFC Fight Night 182. However, the bout was canceled due to Heinisch tested positive for COVID-19.