Bryan Battle is an American professional middleweight MMA Fighter who fights under the Hayastan MMA Charlotte Association. He holds a current professional MMA record of 5 wins and one loss.

Famous with the nickname "Pooh Bear," Bryan has been one of the most skillful MMA Fighters.  He is also "The Ultimate Fighter" Finalist.

Bryan was born on September 21, 1994, in Charlotte, North Carolina, United States. He was born to an American couple, and he completed his schooling in North Carolina. Battle had an interest in mixed martial artists from childhood. 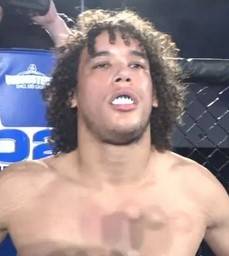 Bryan Battle is 6 feet 2 inches tall and weighs around 84 kg. The 26-year-old fierce professional fighter has an orthodox stance and fights out of South Carolina, United States, in the middleweight division.

Bryan had his amateur debut on April 7, 2017, against Michel Andre. Unfortunately, he lost against Andre in the 2nd round. It was a brutal defeat to take for the young fighter. He then went on a seven-match win streak against Alex Pokki, Ed Sponneybarger, and other big MMA stars.

Bryan "Pooh Bear" had his full-fledged professional MMA debut against Zachary Dalen on July 13, 2019. He won by unanimous decision in the fifth minute of the third round. In his second match against Nickalas Martino, Bryan got pinned down by Martino by armbar. Battle then went full assassination mode and went on a four-match win streak. He won against Aaron Chambers, Garrett Fosdyck, Josh Krizan, and Ben Fowler. Out of the five matches he won in professional MMA, one win came out of knockout, three came from submissions, and one unanimous decision.

Bryan is currently married to Caitlin Battle. The romantic couple got married in January 2021. Caitlin was wearing a white gown, and Bryan was rocking a light blue suit. Both were looking so good in it. 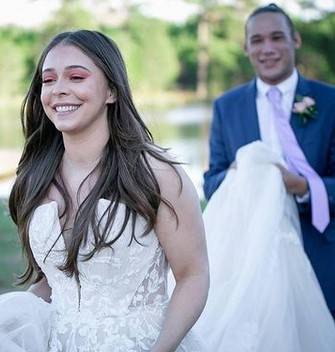 They have been dating for a long time and finally tied the knot years later. Even before their marriage, there were no dating rumors about Bryan other than Caitlin. You can say Bryan is a one-woman man. 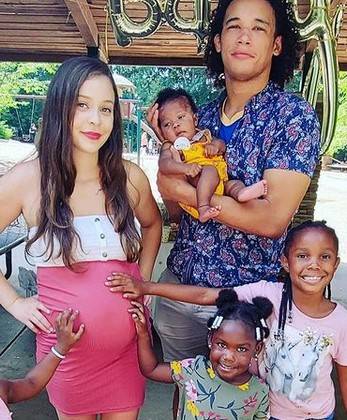 Caitlin is pregnant now, and they are expecting a baby soon. They had a baby shower ceremony a few weeks back. Their close relatives and family members visited them.

Bryan is a professional MMA fighter who has fought six professional matches and eight amateur matches. He earns around $100,000 from a game. Pooh Bear is associated with Hayastan MMA Charlotte, and he makes a decent salary from it.

The talented fighter has sponsorships with big brands, and they pay him a handsome amount of money for it. He has also invested in stocks and trading. His shares turnover is relatively high in the current market.

The net worth of Bryan Battle is $1 million - $2 million.

One of the most exciting fights in 2021 was between Bryan and Andres. It was the match to secure place into the middleweight finals of "The Ultimate Fighter." Despite Andres starting the game pretty well, Bryan came back with a submission win.