Chase Sherman was born on November 16, 1989, in D'Iberville, Mississippi. He has become successful in keeping his early life and his parents out of the media's reach. Chase holds American nationality and is of white descent. Sherman started his early career as a football player and even attended Jones Junior College with an athletic scholarship. He earned a bachelor's degree in sports management and exercised science from Delta State. Chase stands six feet and four inches tall and weighs 114 kgs (251 lb).

Chase Sherman has an estimated net worth of more than $500,000. A professional UFC fighter has several income sources like guaranteed prize money, Bonus amount, the night's performance, Sponsorship deals, advertising deals, Pay-per-view, etc. Sherman has only disclosed about $90,000 of his career earnings to the public. 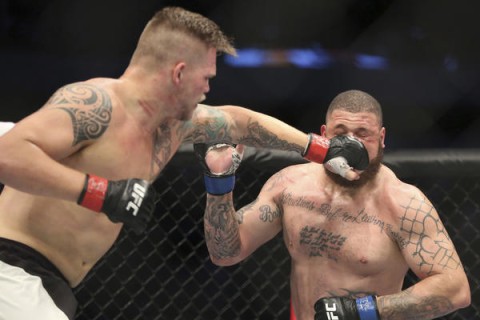 CAPTION: Chase punches right in the face of Rashad Coulter in a SOURCE: UFC

Chase is a married man living a happy, engaged life with his fiance. He is an active social media user and keeps posting his fiance and their children's photos. His fiance has an Instagram account with a user name, Denver girl. As per her bio, She is a nurse.  The love birds have been seeing each other for more than five years. 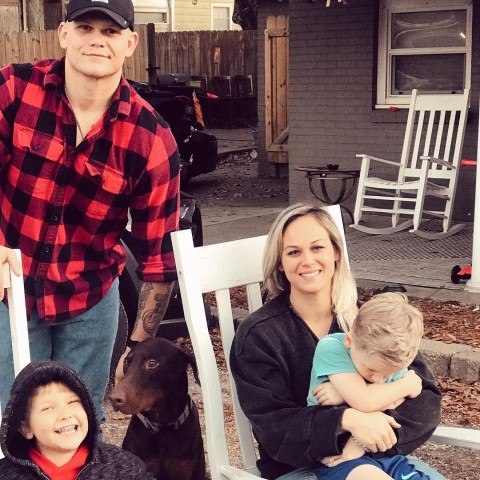 CAPTION: Chase shares a photo with his fiance and their children SOURCE: [email protected]_sherman_ufc

The family of four is living a happy life. The duo has not shared a word about their wedding plans. Chase keeps taking his family to his games.

Chase started his MMA career in January 2014 against Braxton Smith. He won the match in the very first round via a TKO.  At the end of the year, He lost his first MMA fight against Alex Nicholson via a TKO. After fighting in the MMA for nine games, In 2016, The fighter signed a contract with UFC.

Sherman made his UFC debut against Justin Ledet in August 2016. He lost the match via unanimous decision in the third round. In 2017, Chase lost his second game against Walt Harris. In May 2017, The fighter won his first UFC game against Rashad Coulter and won Fight of the Night prize money. In 2018, His UFC contract ended and did not renew after losing three back-to-back matches.

In 2019, Chase fought in the Island Fights and won all the matches. In May 2020, Sherman returned to UFC and won his comeback match against Isaac Villanueva. He was set to face Paker Porter but is replaced by Andrei Arlovski.