Damir Ismagulov is a fierce Russian mixed martial artist. He is currently signed with the Ultimate Fighting Championship under the Lightweight division. He has a record of 19 wins, 1 loss, and zero losses in his professional career. Furthermore, he is a former M-1 Global lightweight champion.

Hailing from the suburbs of Orenburgskaya oblast, Russia, Damir Ismagulov was born in 1991. He celebrates his birthday on the 3rd of February every year, making him 30 years old. Not much is known when it comes to his parents and siblings. To this date, he has kept those details up to himself only. Other than that, it is known that he attended Orenburg State Pedagogical University's Institute of Physical Culture and Sports.

Damir was initially interested in football, horseback riding, and field athletics, but his interest changed over time, and he got involved in MMA. On April 3, 2014, he recorded his first victory in his amateur career debut when he defeated Alexander Chernikh quite comfortably. After that, he defeated Dmitriy Makarov, Magomed Tsechoev, and two more MMA fighters. 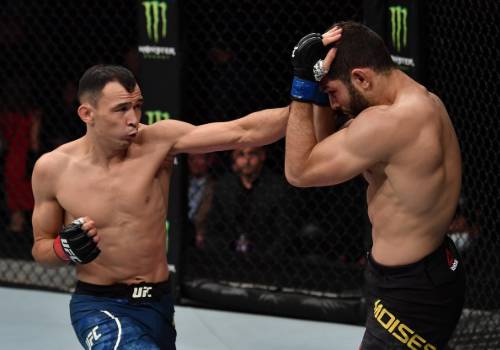 Damir Ismagulov during one of his matches SOURCE: conandaily.com

On December 20, 2014, he faced his first defeat when he lost against Ramazan Sulebanov. Following that, he lost against two more fighters; Salamat Isbulaev and Magomed Mamaev. After three straight losses, he decided to turn professional. He made his pro career debut against David Bacskai and won it via TKO.

Later on, he went on to win against Eldar Magomedov, Sergei Andreev, Faud Aliev, and Pedro Eugenio Granjo. On September 20, 2015, he once again faced Ramazan Esenbaev and faced loss once again. Nonetheless, he backed himself up and didn't lose hope. In his next match, he faced Javier Fuentes and managed to defeat him via a TKO.

Since then, he has never looked back and has continued to win every bout he has been a part of. Some of the MMA fighters he defeated are Gennady Sysoev, Vyacheslav Ten, Rubenilton Pereira, and Morgan Heraud. On May 26, 2017, he defeated Maxim Divnich to capture the vacant M-1 Lightweight Championship.

Afterward, he went on to successfully defend his title against Artem Damkovsky and Raul Tutarauli. Two successful title defenses later, he relinquished the title and signed a deal with the UFC. On December 2, 2018, he made his Octagon debut against Alex Gorgees and won it via a unanimous decision.

Likewise, he also secured a win against two more opponents Joel Alvarez and Thiago Moises. Damir is currently preparing himself for his upcoming bout against Rafael Alves. The match will take place on May 22, 2021.

The Russian pro-MMA fighter is living a great lifestyle thanks to the performance he showcases in the ring and the sum he earns through it. Through his Instagram account, it can be witnessed that he likes to visit different places of the world, either it's snowy or a desert.

Likewise, he also has good taste in cars and has quite a collection. Considering that, it must be sure that he has a healthy net worth. As per sources, it is known that Damir Ismagulov has a net worth of around $3 Million - $5 Million.

Is Damir Single or Dating?

The 30 years old MMA fighter is probably single and isn't dating anyone as of this moment. He is usually seen alone in the pictures that he shares on Instagram. Likewise, he is also seen along during his travels. 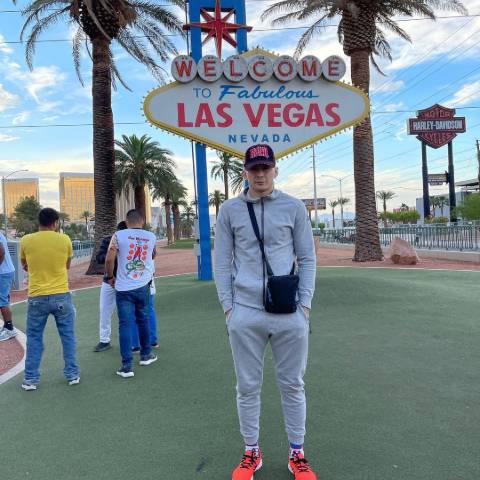 Moreover, he also has not given any hint on him dating anyone. It can be assumed that Damir is single, and he might be focusing more on his MMA career than on his personal life.