Lansing, Michigan native, Dequan Townsend was born on 11th May 1986, under the star sign Taurus. The thirty-four years old holds an American nationality and is of Afro-American ethnic background. Regarding his physique, he stands 6 ft 3 in (1.91 m) and weighs 205 lb (93 kg; 14 st 9 lb).

How Much Is Dequan Townsend's Net Worth In 2020?

A professional since 2012, Dequan Townsend has overall 32 matches with 21 wins and 11 losses. No doubt, he has earned a decent sum of money through his MMA career, but the exact figure is yet to disclose.

It is still unknown if Dequan Townsend is married, in a relationship, or single. There is no information about his love life. 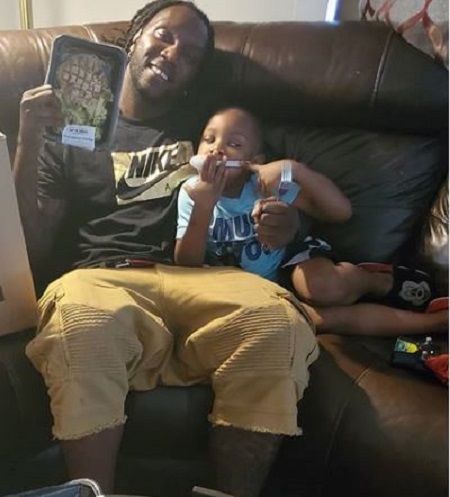 Scrolling through his Instagram account, Townsend has written a proud father in his bio. Furthermore, he has shared a picture with a baby, who is assumed to be his baby.

Further, in an interview with UFC on March 15, it was reported that it will be five years since Dequan Townsend lost his four-year-old son Malakye to cancer.

In August 2020, two brothers: Marcus Jackson-Burton, 32, and his half-brother, Steven Lee Jackson, 31, of UFC fighter Dequan Townsend have died following a shooting at a Lansing, Michigan strip mall on August 4, per the Lansing State Journal. Jackson was pronounced dead at the scene of the shooting. Jackson-Burton was pronounced dead shortly after.