Dillian Whyte II is a famous British professional boxer. The multi-talented fighter is also a former kickboxer and Mixed Martial Artist. Dillian held the WBC Interim Heavyweight title from 2019 until 2020. Several top Magazines rank him as the world's fifth-best active heavyweight boxers. His knockout-to-win percentage is 72%.

Dillian Whyte II was born on April 11, 1988, in Port Antonio, Portland. Dillian rose to fame only after his successful career and has not shared a word about his family in public. Whyte's father raised him as a single parent after his mother left them only two years old. His family moved to the United Kingdom when Dillian was twelve years old. Dillian stands six feet and four inches tall and weighs 90 kgs.

How Rich is Dillian Whyte II? (Net Worth, Earnings, and Prize Money)

Dillian Whyte II has an estimated net worth of more than $10 Million. Dillian has been earning millions from a single fight in his professional boxing career. He has a promotional deal with Matchroom. Whyte received his first big-check worth $400,000 in 2015 when he fought against Brian Minto. The same year, he fought against Anthony Joshua and received $1.3 Million for the fight. The prize money included 40% of the PPV Share, and his opponent took home $4 Million. 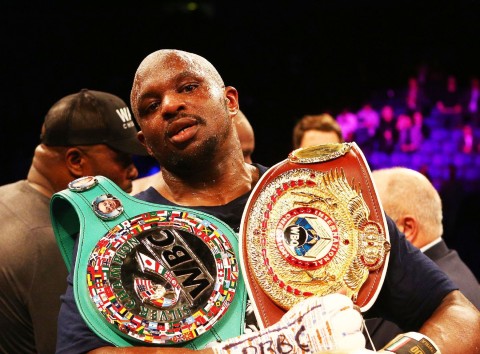 CAPTION: Dillian shares a photo after his title win SOURCE: The Guardian

In 2019, Dillian made $3 Million from his two matches. In 2020, Whyte earned $5.2 Million from his single WBC interim heavyweight title match against Alexander Povetkin. Totaling his career earning from Boxing, he has so far pocketed more than $15 Million.

Dillian indeed is a married man. He is living a happy married life along with his wife and their children. Whyte is very much private about his personal life. He has not revealed much about his wife. Dillian is the proud father of three children, two sons, and a daughter. The boxer became the father of a child at the age of thirteen.

Until 2019, Whyte retained his titles more than six times. In August 2020, He faced Alexander Povetkin and lost his WBC interim heavyweight title. The rematch is scheduled for March 27, 2021. Dillian has a record of twenty wins in twenty-one games in Kickboxing matches.