How Much Is Douglas Silva de Andrade's Net Worth In 2020? Fight Purse, UFC Career Earning

Over a decade in the MMA has earned Douglas Silva de Andrade a good deal of money. Though there is no fixed salary in the industry, fighters generally has a purse no matter they win or lose and further have a win bonus and other bonuses as well.

Outside the ring, he earns much from sponsorship deals. He is seen promoting brands like NatuQualy, Petruz Fruity, Topline, Flex Supplements, Vitagel Brasil, and Atacadao do Suplemento. As of 2021, Douglas's net worth is approximately $0.5 million.

On 20th January 2021, Douglas Silva de Andrade was scheduled to face Lerone Murphy at UFC on ESPN 20. Earlier, he was expected to face Movsar Evloev on March 7, 2020, at UFC 249. Nevertheless, Douglas withdrew from the fight due to injury, and he was replaced by newcomer Jamall Emmers.

When asked about his heroes, Douglas's answered, "My parents, sister, wife, and master Mauricio Amaral." From the statement, it's clear he is a married man but there is less to no information about his spouse. Additionally, there is no information regarding the wedding date either. 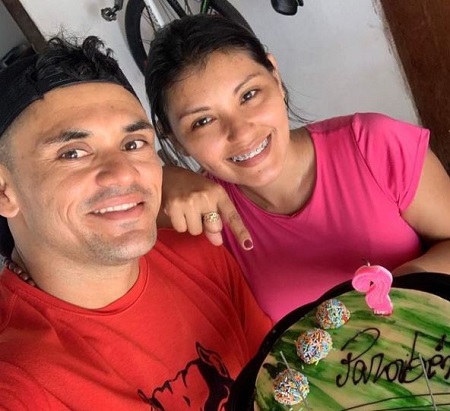 Keeping it low, the Bantamweight's post in the IG are mostly from MMA and Sponsorship. On 6th May 2019, he shared a picture with a lady holding a cake. The caption in the post was, "A special day for me is happy thank my God for but one year of life my beautiful warrior q today being in cradle. congratulations to my love, cm said dad, now the new life will start. with all the happiness in the world, health, peace, full of harmony."