Gossip How Much Remco Evenepoel Salary in 2022? All Sources of Income Details

How Much Remco Evenepoel Salary in 2022? All Sources of Income Details

Athletes earn much more than the average Joe; some top-tier athletes bag millions of dollars as paycheques. Although the team owners pay a hefty salary to their players, the athletes like Remco Evenepoel earn much more through sponsorship deals. And currently, Remco commands around a million as his net worth. Similarly, the bicycle rider for Quick-Step Alpha Vinyl Team makes hundreds of thousands of dollars from his salary and sponsorship deals!

Very few human beings can transition from one sport to another smoothly. And the cyclist, Remco, achieved such a feat after moving from football to cycling. Before riding bicycles, Evenepoel's first choice of sport was football. He even started playing soccer at the age of five. But, he later moved to cycle riding after facing impossible setbacks.

Remco Evenepoel owns millions as his net worth!

As of 2022, Remco Evenepoel commands below $1 million estimated net worth. Remco made an explosive debut in his career as a cyclist. Although the pay of an average cyclist starts at $15k a year, promising riders earn up to $100,000 annually. 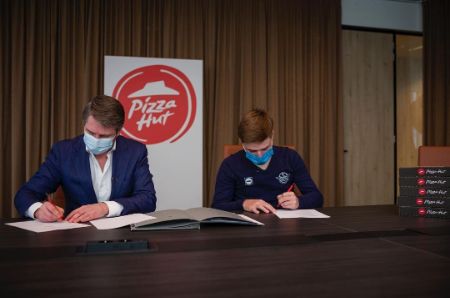 However, a paycheque isn't the only means of income for an athlete; Remco also earned his wealth through winning cash prizes and sponsorships. And over the years, Evenepoel has already won several races.

Only a year after he started the sport, Evenepoel bagged both the Time Trail and Road Race at 2018's European Junior Road Cycling Championships. Although the prize money isn't huge in the junior division, what mattered in the race was putting his name out there and showing Remco's worth as a rider. And for his win, Evenepoel took €4,000 or $3,876.

As a winner of 2018's Junior Road Cycling, many high-end brands would be interested in Evenepoel. And that's how the former footballer found his footing in the cycling world. Although much of his sponsorship deals stay out of view, Remco's most notable Instagram promotional posts were with Maes Pils, Pizza Hut, and Latexco. And as such, the primary source of this Belgian cyclist isn't the salary paid but the QST.

Although Remco Evenepoel's career hasn't been long, the cyclist holds a plethora of achievements in his journey in the professional cyclist world. Winning multiple races from Evenepoel's start in 2018, his paycheque must have increased significantly. As we stated earlier, a titular cyclist in the professional scene earns around $15,000 a year. Likewise, a more seasoned rider with more wins makes about $100 grand annually. Yet, there are big names like Peter Sagan and Chris Froome, earning over $6 million in a single year.

And now, for the big question, has Quick-Step Alpha Vinyl's owners increased the amount that goes into Remco's bank? Well, the answer to that question stays unanswered for now, as both Evenepoel and QST keep a tight lid on the subject.

Not only does Remco Evenepoel earns sponsorship deals and a salary from his cycling team, but Remco also sells merch online. The youngest World Tour Race winner sells his official apparel through his website, remcoev.

Although money isn't the biggest prize in any competition, an attractive cash prize is a big motivator. And as a winner of Vuelta a España 2022, Remco Evenepoel bagged €150k. This win became Remco's highlight of his career. 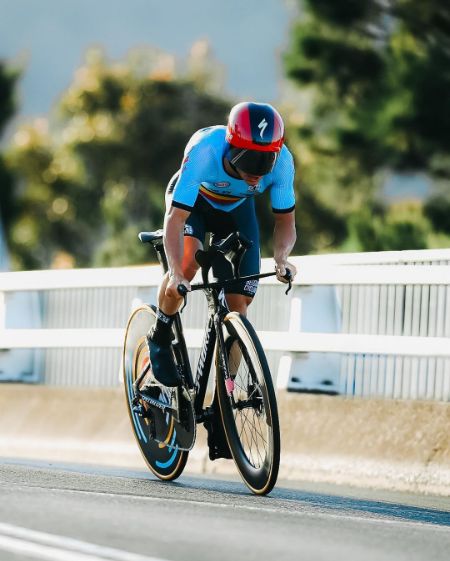 Although this isn't the only race won by Evenepoel, Vuelta a España is the highest-paying race Remco has won so far. Most of his wins are in the stage races category, with prize money of €4,000. And throughout his career, Evenepoel managed to bag several gold medals. He recently earned a gold medal in the 2022 UCI Road World Championships on the 18th of September.