Houston, Texas native, Issac Villanueva was born on 4th April 1984, under the star sign Aries. The thirty-six years old holds an American nationality and is of white ethnic background. Regarding his physique, he stands 6'3" 190.5 CM tall, and weighs 205 LBS 92.99 KG.

Ike Villanueva's Net Worth In 2021 and UFC Purse Money

As of 2021, Ike Villanueva has an estimated net worth of $0.5 million. The significant source of his income is his MMA career. Currently signed to the UFC where the fighters make a base salary no matter they win or lose but the win bonus takes home only the winner. Further, there is a fight of the night and performance of the night bonuses which are usually an extra $50,000 for the fighter who do something extraordinary on fight night.

Villanueva has married twice in his life. There is not much information about his first marriage and wife, but, he shared a daughter and twins: a boy and girl with his ex.

In August 2015, he tied the knot with Kim Franco, his second wife. On 24th August 2020, they welcomed their daughter Gianna "GiGi" to the world. On 15th February 2020, the couple announced they are expecting their first child via IG post, "Blessing from above.. #TEAMHURRICANE MY MOTIVATION to get to the next level.. #BABYHURRICANE." 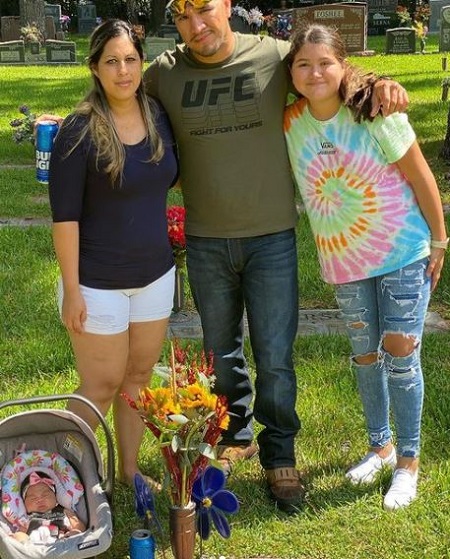 Not only Gianna, Villanueva and his wife are raising other three children together. The fighter said his spouse is his main supporter, something his ex-wife wasn’t on board with.

Before signing to the UFC in 2020, Ike Villanueva compiled a professional record of 17-11-0 (win-loss-draw) since his professional debut on 6th December 2008 at Katana Cagefighting - Conquest against JR Christy.

Ike Villanueva is scheduled to face Vinicius Moreira at UFC On ESPN 20 on 20th January 2021.