Ilia Topuria is a German-born Spanish professional mixed martial artist who is currently fighting in the Featherweight division of the Ultimate Fighting Championship (UFC). He has a pro-MMA record of 10-0-0 (win-loss-draw) and is ranked as the 22nd best MMA Featherweight fighter.

Hailing from the suburbs of Halle Westfalen, Germany, Ilia Topuria was born in 1997. He celebrates his birthday on the 21st of January every year. As of his writing, he is 24 years old. Also, his zodiac sign is Aquarius.

Although he was born in Germany, he holds Spanish and Georgian nationality. Ilia has not revealed much about his family life and has kept the details of his parents and siblings hidden. Nonetheless, it is known that he got involved in the MMA due to his father's influence.

The 5 feet 7 inches tall MMA fighter first got involved in jiu-jitsu when he was just 4 years old after his father got him involved in the field. As time passed, he became an expert in the field and began to compete. While performing as a fighter, he also worked as a cashier at Stradivarius. 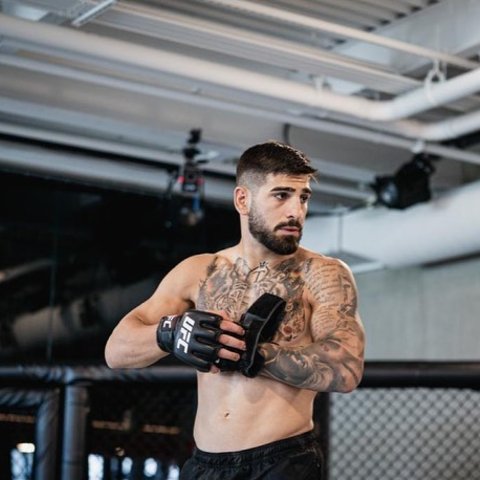 In his amateur fighting career, he won an Arnold Schwarzenegger tournament called Arnold Fighter and held second place in Europe in youth Jiu-Jitsu. Finally, in 2015, he turned his focus towards professional MMA. On April 4, 2015, he made his pro-MMA debut against Francisco Javier Asprilla Martinez.

Ilia registered a win in his debut bout and continued to do so in all of the bouts he took part in. He went on to defeat Kalil Martin-El Chalibi and Daniel Vasquez in his next two fights. On November 5, 2016, he defeated Jhon Guarin to capture the vacant MFE Featherweight Championship.

In the next fight, he defeated Mika Hamalainen via Mounted Guillotine Choke. On June 16, 2018, he defeated Brian Bouland in less than two minutes to win the vacant Cage Warriors Vacant Bantamweight Championship. However, as he didn't make weight, he didn't get the championship belt.

Afterwards, he defeated Luis Gomez and Steven Goncalves before joining hands with the UFC. On his UFC debut, October 10, 2020, he faced Youssef Zalal and defeated him via a unanimous decision. In his second UFC bout, he defeated Damon Jackson via Punches.

Ilia is currently preparing himself for his upcoming UFC Preliminary Card bout against Ryan Hall. The match will take place in Las Vegas, on July 10, 2021.

Earnings and Net Worth Details

As per reports, it is believed that the average salary of a UFC fighter stood is estimated to be $147,965 per year. As for Ilia Topuria, reports tells that he earned a total of $51,000 in 2020. Likewise, he also earns a fair share of money from sponsorship deals.

Due to his good earnings, he is living a lavish lifestyle. He likes to travel around different places of the world, which is evident from his Instagram handle. He also owns some luxury cars of different brands like BMW and Mercedes Benz. 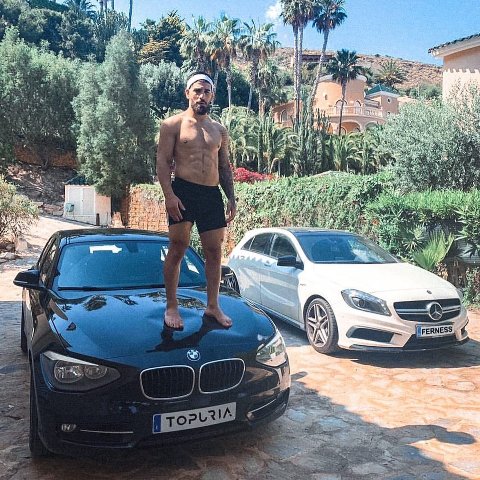 Considering that, he must have accumulated decent net worth. However, the exact figures of Ilia Topuria's net worth are still under review and remain behind the curtains.

The Spanish MMA fighter is currently in a blissful relationship with his lovely partner. However, the details of his partner is not disclosed. It is also not known that where he has shared the wedding vows with his partner or not.

Ilia is also yet to share any pictures with his beau. Nonetheless, it is known that he and his partner are blessed with a cute son, whom Ilia mentions as Topuria Jr. Ilia likes to keep his personal life away from social media and the public. Perhaps that's why he rarely share pictures of his family, partner, and his baby boy. Whatever the case might be, it can be assumed that he has a good bond with his partner and the two are doing their best to parent their kid.