Jai Herbert is a British professional MMA fighter who currently competes in the lightweight division of the Ultimate Fighting Championship. As of June 2021, his pro career record includes 10 wins and two losses.

Herbert was born in Wolverhampton, West Midlands, England on May 13, 1988. Of his 10 wins, eight were decided via technical knockout and each of the rest through submission and split decision. As an amateur, he had six undefeated streaks with one loss.

Herbert commenced his pro career on May 28, 2015, versus Omid Muhammadi at Full Contact Contender 12. The British martial artist won the duel at 0:22 of round 2 via technical knockout. At the next edition of Full Contact, he was put up against Martin Sweeney whom he defeated again via TKO. In his third fight, he collided with Ben Bennett. 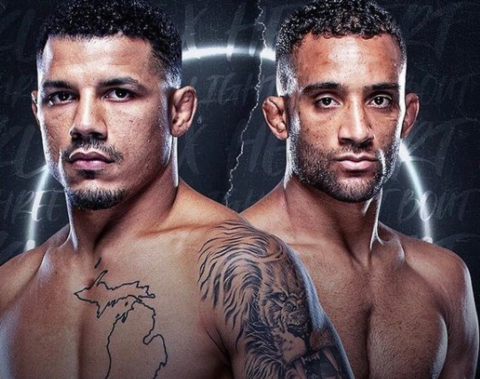 Herbert trounced the fellow English man knocking him out at 3:59 in round two. At BAMMA 25 - Champion vs Champion he bested Tony Morgan forcing him to tap out to his rear-naked choke at 2:19 of the second round.

He faced his first pro career loss on December 16 2016 going against Rhys McKee at BAMMA 27 - Duquesnoy vs Philpott. At the 29th episode of the same tournament on the undercard of McDermott vs Wolf, the six-foot-one fought against Rick Selvarajah.

The former emerged victorious owing to the decision technical knockout. He marked his introduction to Cage Warriors at the 94th edition of the competition going against Erdi Karatas. Herbert won the bout garnering majority votes after the fight had ended in the third round, 5:00. The Wolverhampton-born warrior remained undefeated in the next four fights all executed under the banner of Cage Warriors. Doing so, he defeated the likes of Joe McColgan, Steve O'Keefe, Jack Grant, and Cain Carrizosa.

He made his UFC debut on July 25, 2020, within the billboard, Whittaker vs Till. The night, however, turned out to be disappointing for him after his opponent, Francisco Trinaldo defeated him at 1:30 in the third round. Herbert is next set to fight Renato Carneiro at UFC Apex on June 26, 2021.

Specifics relating to Herbert's fight purses are yet to go public. Still, assuming the number of fights he has had, there should good credence to the saying his career earnings have reached beyond $150k or so. 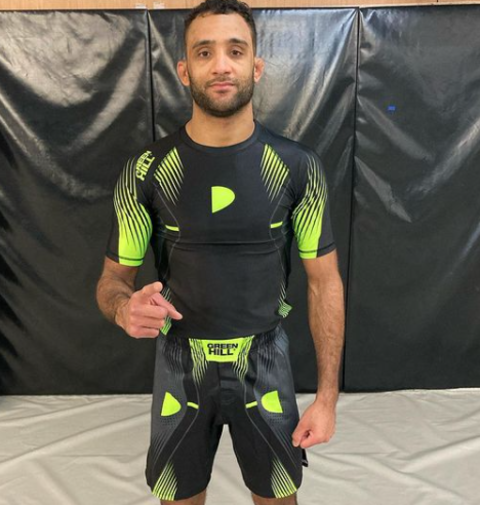 Given his fame and career length, his base pay should easily be in the realm of $10,000 - $15,000 per fight. Not to mention these figures get doubled every time the athlete wins the brawl. They can even go higher if the fighter manages to give outstanding performance and knockouts of a similar nature.

There's also the fight of the night bonus, along with other minimal benefits that are known to boost MMA monetary gains. With ten wins to show for, it's more than likely, Herbert has good leverage when it comes to setting up his purse. The best guesses forecasted via several insiders state, if nothing at all, the UFC debutant rakes in the vicinage of $50,000 per fight.

Herbert is currently in a relationship with Jaye Haynes. She is a former pro fighter and presently a pediatric nurse, fitness, and food influencer based in West Mids, UK. 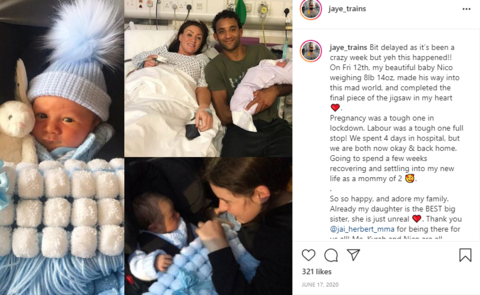 Haynes also has a daughter from her previous relationship. On April 14, 2017 episode of her Instagram, she revealed her baby girl was born when she was 21. She also recalled that those were the tough years she had and even thought about giving up "literally".

Haynes who graduated with first-class honors now lives in Wolverhampton with Herbert and their son. It is not known if the fighter's stepdaughter lives with them.

Herbert and Haynes have been spotted together since June 2015. On December 2, 2019, Haynes shared her pregnancy with her Insta fans. A year later she and her fighter boyfriend welcomed their son, Nico, on June 12, 2020.