Richland, Washington native, Jared Vanderaa was born on 12th May 1992, under the star sign Taurus. The twenty-nine years old holds an American nationality and is of white ethnic background. Regarding his physique, he stands 6'4" 193.04 CM tall, and weighs 265 LBS 120.2 KG.

How Much is Jared Vanderaa's Net Worth In 2021?

Six years as a professional MMA fighter have earned Jared Vanderaa a good deal of money. As of 2021, his net worth is $0.1 million.

Currently, he is signed to UFC where the fighter gets a base salary no matter they win or lose. Further, there is a win bonus for the winning fighter, as well as fight of the night and performance of the night bonuses which are usually an extra $50,000 for fighters who do something extraordinary on fight night. Besides, there are sponsorship and endorsements.

Before turning professional MMA fighter, he worked as a stocker at a grocery store, and a bouncer at a few bars.

Jared Vanderaa is engaged to his long-time girlfriend, Lauren Silva, a barber, and cosmetologist. Also, the couple shares a daughter together. The MMA fighter often features his adorable family pictures on his Instagram. On the contrary, Lauren has set her Instagram account private. She owns a gym/physical fitness center, Team Quest Athletic Center. 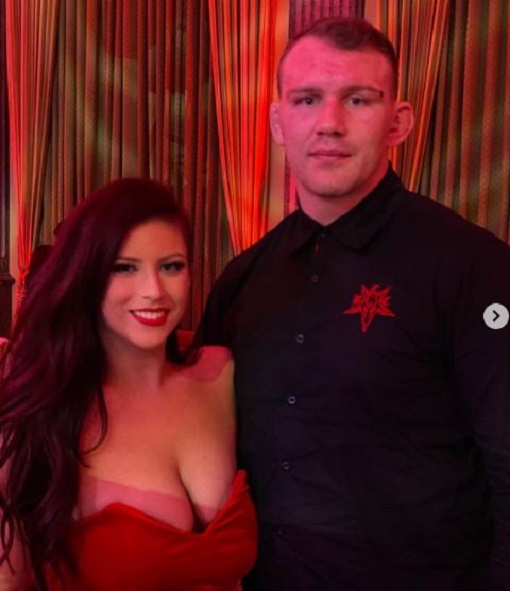 Jared and Lauren have not shared much information about their love story: when they started dating and got engaged.

On 14th June 2015, Jared Vanderaa made his professional debut against John Rizoo at KOTC - Sanctioned. He won the fight via Submission (Rear-Naked Choke) in round one. He next faced Daylin Murray at Smash Global - The Main Event 2, defeating Murray via TKO.