Joe Solecki is an American Mixed Martial Arts (MMA) fighter who is currently signed to the Ultimate Fighting Championship (UFC) under the lightweight division. Turned professional in 2016, he has previously competed at CFFC, Warfare, 864 Fighting Championship, and Ring of Combat (ROC).

How Much Is Joe Solecki Net Worth In 2021? UFC Earnings

As of 2021, Joe Solecki's net worth is $0.2 million as per reports. The significant source of his earning is MMA, which he started professionally in 2016.

Unlike other athletes, MMA fight has endorsement and sponsorships so does Solecki. He is sponsored by Sidekick, shopCBD, and Ladder.

Joe Solecki's Wife: Is He Married?

Joe Solecki is married to Kacey Lynn Solecki. The couple met back in 2011 and Solecki says through Jiu-Jitsu. They started dating almost later five years in 2015. On 16th March 2018, Joe and Kacey tied the knot in a beautiful wedding ceremony. 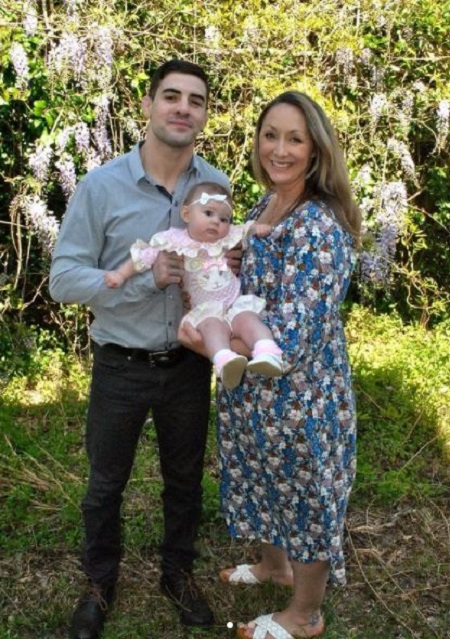 On 18th February 2017, he defeated Kevin Perez CFFC 63 via submission. On 20th May 2017, at CCFC 65 - Brady vs. Saraceno, he had his career's first loss against Cesar Balmaceda. Rebounding from the loss, he went on to face Eric Calderson at Warefare FC. He won the fight via TKO. On 16th December 2017, he returned to fight at CFFC 96, where he marked victory via submission.

On 21st June 2018, Joe was knocked out by Nikolas Motta at 864 Fighting Championship in round three. After that, he had two more wins against Gilbert Patrocinio and Jacob Bohn at ROC 66 and CFFC 73.

On 7th December 2019, Joe made his UFC debut at UFC on ESPN 7 - Overseem vs. Rozenstruik against Matt Wiman. The fight was a unanimous decision on Joe's side. In the following fight, he won over Austin Hubbard via submission at UfC on ESPN 15 - Munhoz vs. Edgar. On 10th April 2021, he won against Jim Miller at UFC on ABC 2 - Vettori vs. Holland.