An American mixed martial artist Jonathan Martinez currently competes in the bantamweight division of the Ultimate Fighting Championship (UFC). Nicknamed as the Dragon, he competed at different MMA promotions and joined the UFC in 2018. He has a record of 3-2 in the UFC.

Who is Jonathan Martinez scheduled to fight next? How much does he earn per fight from the UFC? Is he married? Who is his girlfriend?

Martinez is a rising bantamweight fighter and earns a medium salary from the promotion. His guaranteed fight purse at UFC is around $20,000 and earns an additional amount as a bonus. His net worth as of 2020 is estimated to be $100,000.

He is scheduled to fight Thomas Almeida on October 18, 2020, at UFC Fight Night 180. He will make good earnings from the fight.

Martinez, before joining UFC, fought 10 professional fights in several promotions where he earned some money to support his living.

Jonathan is not quite active on social media. He has kept his personal life a low profile. He is married to his wife Amber Lucio, and is the father of two children; a son Cidro and a daughter Mydabut. His son is 6 years old while his daughter is 4 years of age. 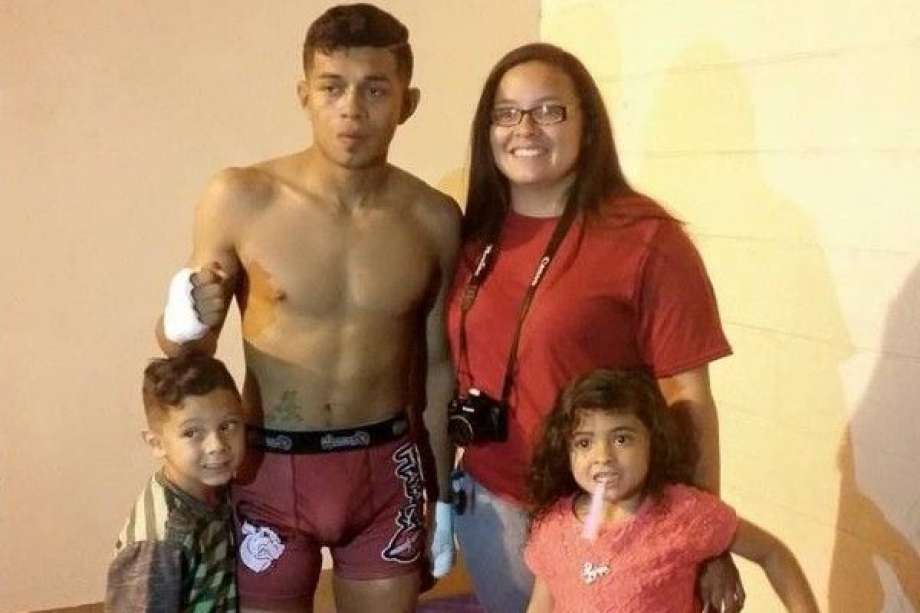 Ahead of his UFC debut, he talked in an interview and said that his current wife then-girlfriend is the reason where he is now. He also revealed that his wife paid for the membership at the local MMA gym for the first time.

“She took me there and for the whole week, I got beat up. I didn’t want to go back. I kept getting kicked in my stomach and my legs and I didn’t like it. I told her this is not for me."

His wife supported him a lot in his early days and believes, she is the reason behind all his success.