Former Warrior Xtreme Cagefighter lightweight Champion Justin Jaynes has been involved in wrestling for more than a decade. Justin is a well-known American mixed martial artist. As of now, Jaynes is associated with Ultime Fighting Champion and fights under Featherweight and Lightweight divisions.

Michigan Native Justin who is thirty-one years old as of 2020, was born on August 10, 1989, in Richmond, Michigan. Jaynes is the son of Julie Cox and her husband. He rose to fame only after his successful MMA career so, his early life information is still under investigation. Jaynes graduated from Michigan High School and started his professional career in wrestling.

UFC Salary and Net Worth

Justin has an estimated net worth of $1 Million. Although He has been involved in more than two dozens professional fights, he has not been able to gather much to his name. In 2020, Justin earned a total of $98,000. From a particular fight, Jaynes earned $12,000 as a Guaranteed Purse, $12,000 as a Winning bonus, and $50,000 from Performance Bonus. 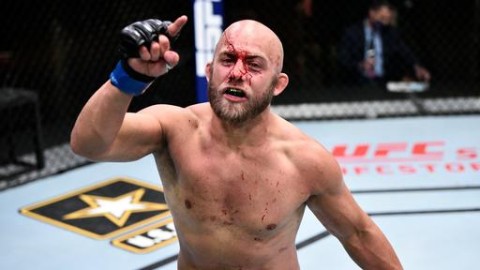 Jaynes is fighting under the UFC SOURCE: UFC

The players do not receive any pay-per-view money but earn the amount they signed for the UFC fight contract in 2020. Justin added $50,000 to his payout with a stunning 41-second knockout of Frank Camacho. Justin earns a hefty sum working as the coach at Xtreme Couture Mixed Martial Arts in Las Vegas.

Career From State Wrestling To UFC

Justin started his professional career early from High School. He lost the state wrestling tournament's final to Drakkar Klose in 2007. He enrolled at Olivet College, where he continued his passion for wrestling. For his initial success, Justin fought in various regional circuits and fought multiple times overseas. Justin started with Bellator. He then turned into WXC lightweight.

Justin made his professional debut in 2013, winning his first match against Rick Odgen. He won fourteen matches out of his eighteen matches played in WXC. Jaynes rose to fame after winning the WXC Lightweight title. He even became successful in defending his title. However, The Fighter left WXC and moved to UFC.

Justin made his UFC debut in June 2020 against Frank Camacho. He had the perfect debut match winning with a KO in just 41 seconds. He was awarded Performance with the Night. The UFC fighter was scheduled to match against Gabriel Benitez in November 2020 but was canceled due to the COVID. It has been re-scheduled for December 5, 2020.

Who is Justin Jaynes' Wife?

Justin is an active social media user. He keeps posting photos and stories in a regular interval. Following his Instagram posts, It seems like Justin is living a happy married life with his wife and their child. He has a son, Benjamin who was born in 2009. Nothing much about his mother is shared with the media. Jaynes likes to spend a lot of his free time with his son. 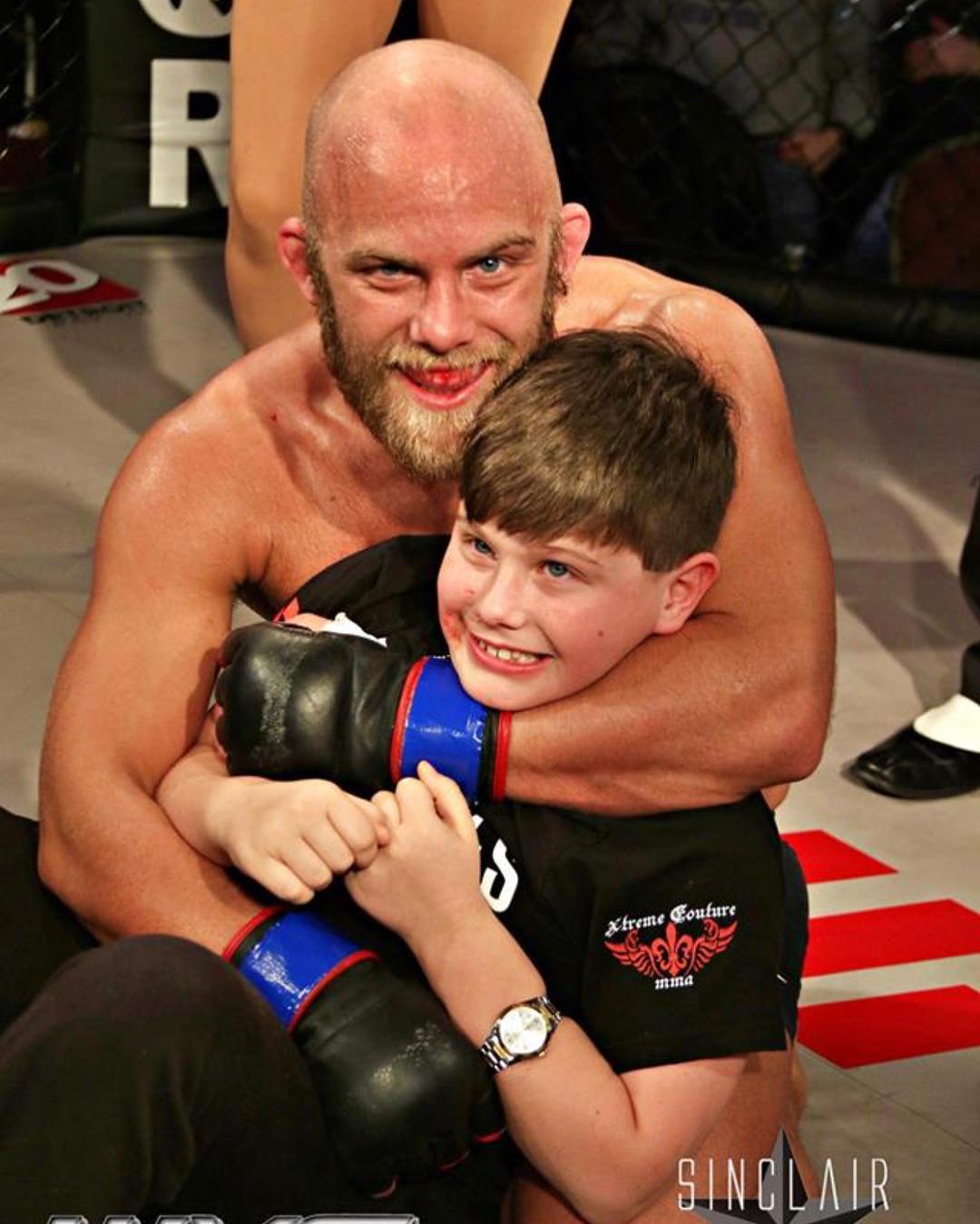 Justin Jaynes and his son during training SOURCE: [email protected]