Kleydson Rodrigues is a Brazilian Mixed Martial Arts (MMA) fighter who is currently signed to the Ultimate Fighting Championship (UFC) under the flyweight division.

How Much Is Kleydson Rodrigues' Net Worth?

As a matter of fact, the MMA fighter does not have a fixed salary. They earn certain pay from each fight and additionally there is a bonus for the winning party as well as other various bonuses such as the fight of night and performance of the night.

Besides, sponsorships and endorsements are other important source of income for the MMA fighter.

It's unknown if Kleydson Rodrigues is married or not but he is the father to an adorable baby boy whom he often posts on his Instagram. For sure, he has a beautiful partner but does not know who? Seems like Rodrigues' partner does not enjoy the limelight as other wags do. 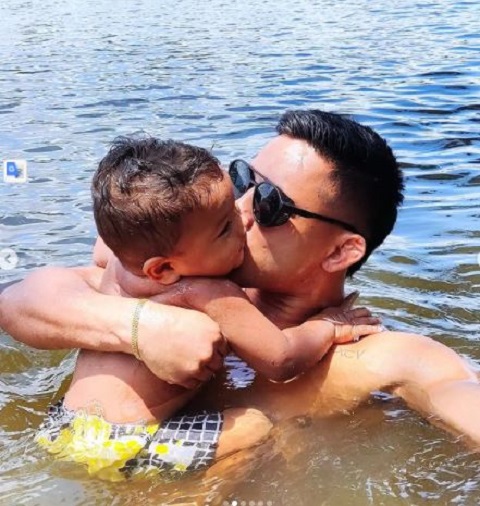 Besides, Rodrigues posts his mother on IG and always expresses how he is grateful to his mom. He has 20.8k followers on his Instagram.

On 2nd September 2016, he defeated Dyllan Nascimento at FLC 3 - CUFA Fight Festival 3 via armbar submission in round one.

The following year on 25th May, he faced Bruno Mesquita at FLC 5 - CUFA Fight Festival 5. He won the fight via unanimous decision.