Torrance, California native, Kyler John Philips was born on 12th June 1995, under the star sign Gemini. As per nationality, he is an American and is of white ethnic background. The twenty-five years old stands 5'8" (173cm) tall and weigh 136.0 lbs.

How Much Is Kyler Phillips' Net Worth? UFC Career Earning

Kyler Phillips is signed to the UFC where the fighters receive a base salary no matter they win or lose. Further, there is a win bonus for the winning fighter as well as a fight of the night and a performance of the night bonus. 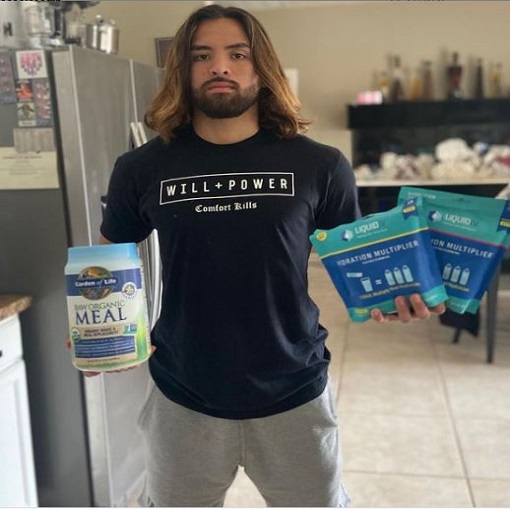 Outside the ring, Kyler earns much from sponsorship and endorsements. As of 2021, his net worth is approximately $0.2 million.

Surprise, Arizona residential, Kyler Phillips' father took him to the Gracie Academy out of Torrance, California, at the age of three and he promptly fell in love with the sport.

Besides, there is no personal information available regarding him. His dating history and girlfriend are is still under the shades. With less to no information about his love life, Kyler is believed to be single.

On 4th March 2016, Kyler Phillips made his professional debut at CXF 1 - The Return against Taylor Alfaro. He won the fight via TKO in round one. Further that year, he had two more bouts against P.J. Ste-Marie and George Garcia at CXF, defeating them by Submission (Calf Slicer) and TKO (Punches) respectively.

Kyler began 2017 fighting against Jonathan Quiroz at LFA 13 - Millender vs. Holland on 2nd June. He won the bout via unanimous decision. On 1st August, he faced James Gray Jr. at Dana White's Tuesday Night Contender Series - Season 1, Episode 4, defeating him via TKO in round one.

In 2020, Kyler signed to the UFC and made his debut on 29th February at UFC Fight Night 169 - Benavidez vs. Figueiredo opposite Gabriel Silva. He won the fight via Unanimous Decision. He next faced, Cameron Else at UFC on ESPN 16 - Holm vs. Aldana and defeated him via TKO (Elbows) in round two.