Ranked #3 in the UFC welterweight rankings, Leon Edwards is a British-Jamaican mixed martial artist. A professional since 2011, he competed at Fight UK MMA, SAH 14, and BAMMA before signing to the UFC in 2014. As of November 2020, he has compiled a professional record of 18-3-0 (win-loss-draw).

Kingston, Jamaica native, Leo Edwards was born on 25th August 1991, under the star sign Virgo. The twenty-nine years old holds dual nationality: British-Jamaican and is of African ethnic background. Regarding his physique, he stands 6 ft 0 in (183 cm) tall and weighs 77.3 kg (170 lb; 12.17 st).

How Much Is L

Leon Edwards is currently signed to the UFC where the fighters get paid a base salary and also there is typically a “win bonus”, “fight of the night” and “performance of the night.”

Besides, he has also competed at BAMMA and Fight UK MMA, earning a decent amount. Furthermore, he is sponsored by ICONIC Menswear. As of 2020, his net worth is approximately $1 million.

When it comes to his personal life, Leo Edwards is quite confidential. It is still unknown if the welterweight fighter is married, in a relationship, or still single. 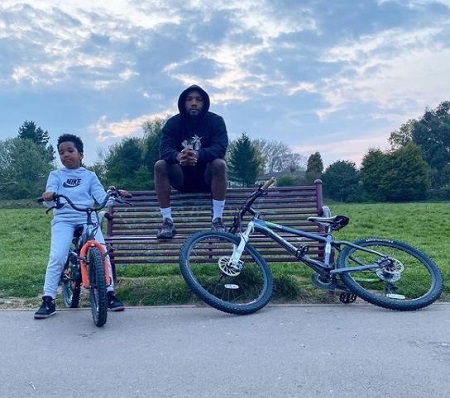 One thing we do know about his personal life is, Leon Edwards has a son, Jayon. Scrolling through his Instagram account, he has shared adorable pictures with his little boy.  However, the boy's mama is nowhere to be found on his social.

Bron in Kingston, Lron lived with his father, mother, and brother Fabina, in a wooden shack with a zinc roof. The family lived in a poverty. Leon said, "It wasn't a one-bedroom; it was one room, period. In that room was the kitchen, the living room, and the bedroom. We had one bed that we all slept in". Still, he was a happy kid, he added.

When he was about 5 or 6 years old, his father moved to London, where his grandmother was living. His father sent for him, his mother and brother, Fabian and me. At nine the family moved to Aston, a crime-ridden neighborhood in Birmingham but his dad stayed in London. When he was 14, his father was murdered. He was shot and killed at a nightclub in London.