Manon Fiorot was born on February 17, 1990, in France. She rose to fame only after her successful career so, much information about her early life and her parents is under the radar. Manon stands five feet and seven inches tall and weighs 57 kg.

Manon started her sporting carer at the age of seven with karate. She spent most of her early days in another field than combat sports: sliding sports. Fiorot became champion of France in Snowboarding. Fiorot returned to karate at the age of eighteen and won her black belt before joining the French team.

In 2014, Manon had to drop out of the World Karate championship after going through an injury. In the meantime, She discovered kickboxing and Thai boxing. Shortly after that, The Fighter won numerous national competitions. Fiorot completed her amateur Muay Thai career with 12 wins and 0 losses and won two national champion titles. She holds three titles of national champions in Japanese martial art.

In 2016, The French fighter moved to Las Vegas to start training for the MMA. Manon participated in the European Amateur Championships, where she lost in the final. In June 2019, She made her MMA debut at the Cage Warriors and lost her debut match against Leah McCourt. Fiorot moved to EFC in 2019 and remained in the event for the season. In 2020, Manon moved to UAE and competed in the UAE Warriors in three-match and won all of them.

Manon signed with the UFC in early 2021 and debuted in UFC Fight Night against Victoria Leonardo. She eventually won the match in round two. Fiorot faced Tabatha Ricci on June 5th, 2021, at UFC Vegas 28.  She won the fight.

On 26th March 2022, she won over Jennifer Maia at UFC Fight Night: Blaydes vs. Daukaus.

Social Media posts deliver a considerable number of information in the present day. Manon is an active social media use, and her Instagram timeline of 18.3k followers is filled with photos of her training and games. She loves to explore new places and keeps visiting new places. Manon is believed to be single as of 2021. She has not shared a word about her love life in public. 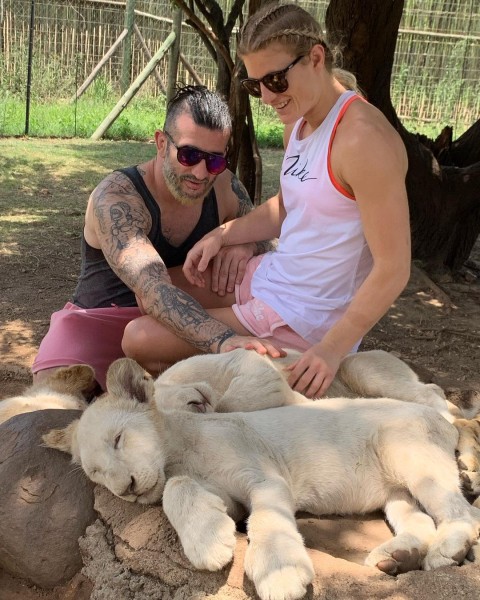 Manon, along with her trainer, Aldric SOURCE: [email protected]_mma

Manon is at the peak of her career and must be focusing on her career. On the other hand, Fiorot keeps sharing a lot of photos with her trainer Aldric Cassata. None of them have shared a word whether they are dating or not.

Net Worth, Income, and Salary

Manon Fiorot has an estimated net worth of more than $0.1 million. She has accumulated most of her net worth, competing in numerous fighting matches around the globe.