How Much Is Movsar Evolev's Net Worth In 2021? Fight Purse & UFC Career Earnings

UFC fighter Movsar has a guaranteed purse fight at the organization. Further, there is a win bonus if he wins as well as fight week incentive pay and “fight of the night” and “performance of the night” bonuses.

Early in his career, Movsar fought at M-1 Global where the fight purse is 4 digit figure. As of 2021, Evolev's net worth is estimated at around $0.2 million.

Movsar Evloev is quite popular on Instagram with 88.1k followers. At the moment, IG has been popular for not only posting just a picture but it's a platform to share news and of course, flaunting love life too. However, the fighter is far away from posting his lovey-dobby pictures. 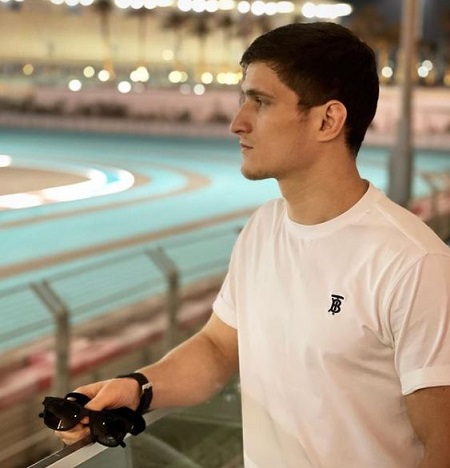 To date, there is no news and rumors of Movsar's being involved romantically. As of now, he is possibly single.

On 26th July 2020, he defeated Mike Grundy at UFC on ESPN: Whittaker vs. Till via unanimous decision. Further, he is scheduled to face Nik Lentz at IFC 257.

Movsar was born as one of four brothers and one sister to the Evloev family. Among his three brothers: Selem Evloev is also MMA who competes at M-1 Global. Also, Evloev is a close relative of 2X Greco-Roman World Champion Musa Evloev. I have two degrees in computer programming and law. But he prefers doing sports and trained Greco-Roman wrestling and earned Master of Sports recognition.