Ottman Azaitar is a rising German-Moroccan mixed martial artist. He has been fighting in the lightweight division in the Ultimate Fighting Championship. Azaitar made his professional debut in 2014 and has been winning hearts and games. Ottman is still undefeated in his first thirteen games of his professional MMA career.

Cologne, Germany Native, Ottman was born on February 20, 1990. He is among the three children born to his parents. He has two brothers, Abu Azaitar and Omar Azaitar. He was born to Moroccan immigrant parents. He belongs of Moroccan/German descent. He studied at King Fahd Academy in Boon. This school closed in 2017 due to several accusations related to ISIS.

Ottman Azaitar's Earnings and Net Worth From UFC

Thirty Years Old Fighter has an estimated net worth of more than $500,000. He credits most of his net worth to his successful career in UFC and MMA. A UFC Fighter earns an average of more than $50,000 annually from his fights. 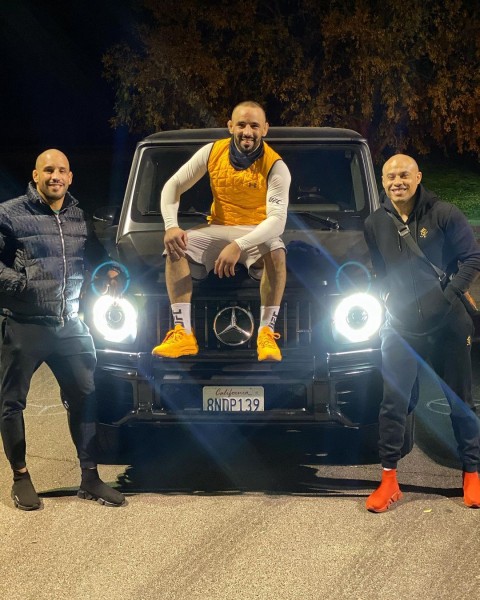 The UFC fighter likes to keep his personal life away from the media. The media source does not have any precise information about his relationship status of early 2021. Ottman could be single, dating, or even married. He is very much active in social media but shares posts of his training and his games. 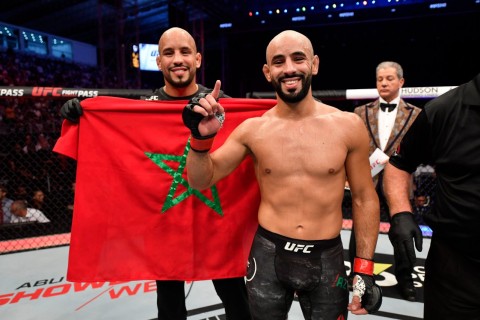 Azaitar likes to spend his free time with his friends and his family. He is very close to his brothers as they share common aspirations. He loves exploring new places and is a travel junkie. Ottman stands five feet and eight inches tall and weighs 70 kgs.

Journey From Germany to the UFC

The Moroccan/German UFC fighter started his athletic career at his early age. By the age of ten, He learned the techniques of ju-jitsu martial arts. At the age of eleven, He started training for Thai Boxing and kickboxing and won several tournaments until 2012. He got selected in the German national team and participated in the world championship in Saint Petersburg.

Ottman started his professional career in 2014 with Brave Combat Federation. He won came to the limelight after winning the BRAVE Combat Federation Lightweight Championship. In 2019, Azaitar finally got his offer from UFC and made his debut at UFC 242 against Teemu Packalen. He won the match in the first round via knockout. Ottman is scheduled to fight Matt Frevola on January 24, 2021, at UFC 257.