Rastislav Hanulay is a talented and uprising Mixed Martial Arts (MMA) fighter who has managed to garner fame for his amazing fighting skills. He fights under the Welterweight division in the MMA world. To this date, he has taken part in 11 professional bouts and has won 6 of them.

Rastislav Hanulay was born in the suburbs of the European Country, Slovakia. He was raised by his parents and spent most of his childhood playing around in the local streets. Sadly, there are no details about when the MMA fighter was born, his parents’ names, and other information related to his family life. Likewise, there is no information that reveals about his academics.

The Slovakia-born MMA fighter was into professional wrestling from a young age. To pursue his interest, he began training hard and lifted some weights too. And, in just a short period, he was all set to make his debut in the professional MMA world.

Hanulay’s debut MMA match came on May 2, 2009, and it was against Jiri Lener. Hanulay caught his opponent in an armbar submission and registered his first win. However, little did he know that the happiness and confidence of winning the first game were about to end. 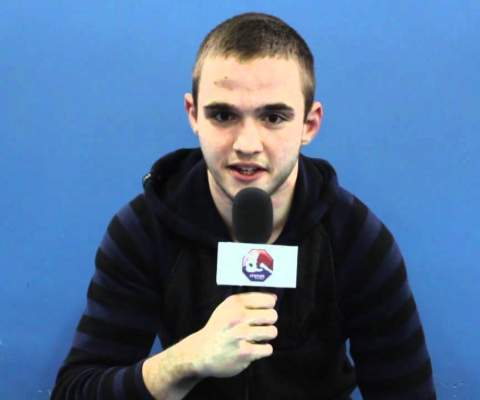 The 170 lbs fighter suffered his first loss in just his second professional bout when he fought against Rafal Moks on November 15, 2009—lost the match via a rear-naked choke submission. In the next match, too, Hanulay was badly defeated by Damir Geusic after he tapped out on an armbar submission.

Following two straight losses, he finally got back to the winning form when he defeated Pavel Bechtold via a TKO. After that win, he won against two more opponents that included Milos Jurcik and Dragan Matijevic.

But, the winning trot was once again stopped when he faced Piotr Hallmann. In the next match, he once again suffered a loss when he faced Nemanja Milosevic. Two losses after, Hanulay took part in three more professional fights.

The fights were against Miroslav Strbak (win), Michal Micka (win), and Niklas Stolze (loss). After his last match against Niklas Stolze on March 26, 2016, which he lost, Hanulay disappeared from the MMA world, without a word on when he will make a return.

How Much Is His Net Worth?

Rastislav Hanulay’s net worth is still under review. The MMA fighter has not appeared in any professional bouts since his last match on March 26, 2016. However, considering his previous records, it can be assumed that he was well-paid and he had accumulated good net worth.

The now-disappeared MMA fighter is very private about his romantic relationship. He is so private that he doesn’t even use any social media platforms.

Due to the secrecy that he maintained while he appeared in fights and his zero social media presence, there is nothing on the internet that gives any clue if he was dating someone in the past or is currently married. Thus, nothing can be said regarding his personal life.