Sam Hughes is an extremely talented professional Mixed Martial Arts (MMA) fighter who has amazed everyone through her incredible fighting style. She has managed to win 5 pro bouts out of the 7 bouts she has taken part in. Currently, she is signed with Ultimate Fighting Championship (UFC) under its Women's Strawweight Division.

Hailing from the streets of Davenport, Iowa, Sam Hughes was born in 1992. She celebrates her birthday on the 28th of June every year. Her nickname is Sampage, and her zodiac sign is Cancer.

As for her family, her father's name is Danny Hughes. The MMA fighter has not revealed her mother's name, even though she has posted a few pictures of her. Apart from her parents, she has an elder brother named Anthony Hughes, a doctor.

Sam Hughes initiated her MMA career as an amateur. Her first bout was held on August 6, 2016, when she faced Marinna Vela. She was able to win her very first match via a rear-naked choke submission. Following that win, she faced two straight losses when she faced Tiani Valle and Shawna Ram.

After that, she turned professional. On February 23, 2019, she competed in her first pro-MMA bout when she faced Kyla Frajman. She won against her in the first round via a rear-naked choke submission. Afterward, she was able to win her three upcoming bouts, defeating the likes of Loren Benjar, Bethany Christensen, and Lisa Mauldin.

On July 17, 2020, she faced the first defeat of her pro-MMA career when she faced Vanessa Demopoulos. When she lost against Demopoulos, she also lost the chance to win the vacant LFA Strawweight Championship. Despite such a huge loss, she didn't back down as she defeated Danielle Hindley in her next match.

Unfortunately, her confidence was once again crushed when Tecia Torres defeated her. As of now, she is preparing for her upcoming fight against Loma Lookboonmee. The bout will take place on May 1, 2021.

How Much Is Her Salary from UFC?

With such a flourishing career at such a young age, it must be certain that Sam Hughes has managed to accumulate a healthy sum. Moreover, her signing with the world-renowned brand, UFC, must have increased her bank balance.

So, how much is her net worth? Sadly, the MMA fighter's earnings and net worth are still under review. Despite that, as per some sources, it is known that the average salary of an MMA fighter in UFC is around $138,250.

The Warfare FC Strawweight Champion likes to keep her personal life details out of the eyes of the media and the public. Likewise, her social media handles also don't provide any clue on her relationship status. 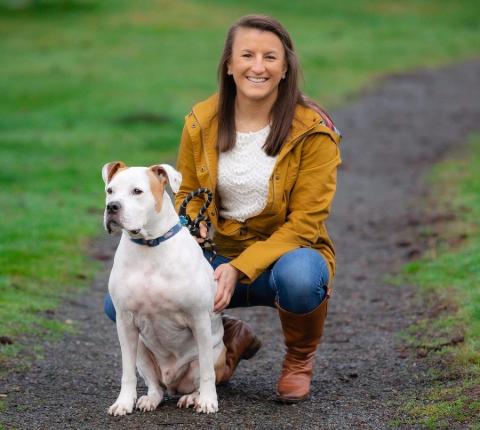 As a result of her privacy, it can be considered that Hughes is either private about her romantic life or is yet to find the one with whom she can flaunt pictures.