Santiago Ponzinibbio is a well-established Argentinan Mixed Martial Artist. He is currently competing in the Ultimate Fighting Championship under the Welterweight division. He has a fighting style of Kicking boxing and Brazilian Jiu-Jitsu. Santiago is also a Black belt holder in Brazilian Joi-Jitsu. He is active since 2008.

Santiago Ponzinibbio was born on September 26, 1986, in La Plata, Argentina. He seems to be the only child born to his parents. Santiago did not come from a reputed family, so there is not much information about them in the media. He is of Sicilian descent. His parents are of Italian heritage. He started training at the age of 13 and did not attend any formal educational institutions.

Santiago Ponzinibbio Earnings and Net Worth

Santiago Ponzinibbio has an estimated net worth of more than $500,000. He has accumulated most of his net worth through his successful UFC career and several other fighting rings. He is ranked 13th in the current Best MMA Welterweight Fighter. As a UFC fighter, Santiago earns a good amount through sponsorship deals and brand endorsements. 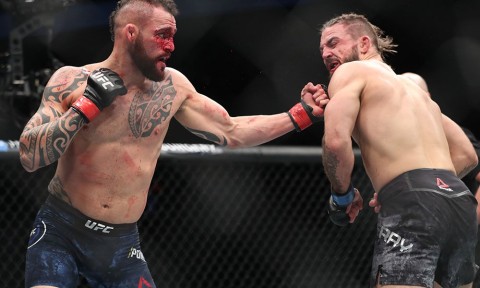 After 2018, The UFC fighter was out of the ring after going through injuries. Ponzinibbio earns a good sum through his work with ESPN. He has been working as the UFC Spanish analyst since 2016. The salary of an analyst currently working at ESPN makes over $50,000 annually.

Argentinian Native, Santiago seems to be living a romantic life with his girlfriend, Jackie. He keeps updating his followers about his daily life through his posts on social media sites. He remains busy training and is also a traveler. He keeps traveling to famous holiday destinations around the world. He likes spending his free time with his dog and his mother. 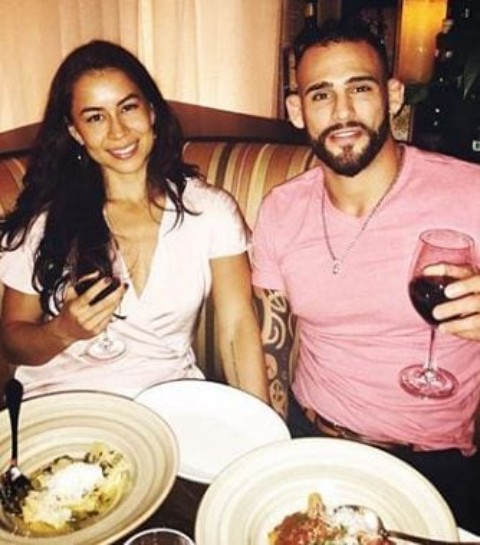 The UFC fighter is yet to get engaged to his long time girlfriend. They have been dating each other for a long time. However, He does not share many posts about his girlfriend. Also, The pair is yet to welcome any new member to the family.

Santiago started training at the age of 13 and turned professional in 2008. He came to the limelight after signing a contract with The UFC Brazil. He lost the tournament's semi-final match after he broke his hand.  He lost his first professional match in 2011 in the 11th match. Santiago made his UFC debut in 2013 up against Ryan LaFlare and lost the match via unanimous decision.