Currently ranked #21 as the Best MMA Heavyweight Fighter, Sergey Spivak is a rising Moldovan and Ukrainian mixed martial artist. He competes in the Heavyweight division for the UFC. He has been fighting at the professional level since 2014. Sergey has already competed in half a dozen Fighting Clubs around the world.

Sergey was born on January 24, 1995, in Chisinau, Moldova He has been involved in just thirteen matches to date. He made his professional debut in 2014 with the Ukrainian promotion Real Fight Promotion. Talking about his physical appearance, Spivak stands six feet and three inches tall and weighs 120 kgs or 260 lbs.

UFC Salary and Net worth

Sergey Spivak has an estimated net worth of $100,000. He has accumulated most of his net worth through his short time in UFC and MMA fights globally. The average salary of a UFC Fighter is more than $100,000. However, Due to the COVID, the earnings have shrunk largely to almost its halves. 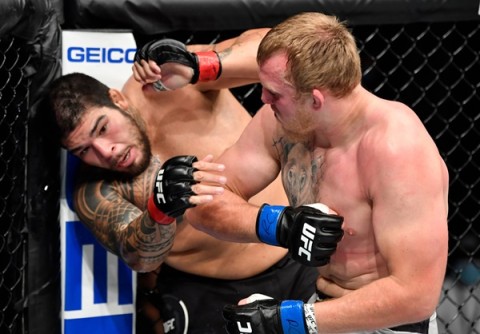 As in 2020, Spivak got to play a total of just two matches. He lost his first match and won his second match. His other match was cancelled. He won his last match against Carlos Felipe and earned a total of $32,000. He received the $14,000 as the Guaranteed Payout, $14,000 as the winning bonus, $4,500 for Promotional Bonus.

Sergey Spivak Married Life; who is his Wife

It is a matter of the fact that Sergey Spivak is a married Man. Sergey is married to his longtime girlfriend, Yana Spivak. The love birds walked down their wedding aisle in October 2018. They had been dating for sometime before tying their wedding knot. Sergey opened about his wedding through a post on his Instagram account. 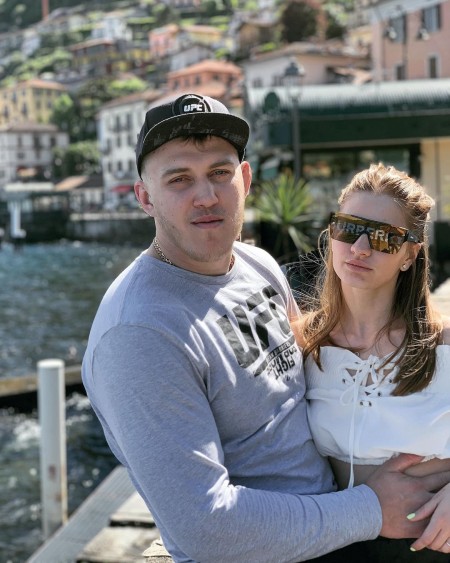 Sergey with his wife, Yana SOURCE: Instagram @ its polar bear

Sergey and Yana welcomed their first child, a daughter, in April 2020. The name of his daughter is yet to be shared with the media. He keeps posting photos of his wife and his daughter on his Timeline regularly. Sergey likes to spend his free time with his family.

Sergey started his professional career in 2014 against Andrey Serebrianikov. He won the match by TKO in the last minute of the first round. He won his first major title of WWFC Heavyweight Championship against Travis  Fulton in 2015. He defended his title against Ivo Cuk in 2016. Spivak was undefeated till then. Sergey signed a UFC contract in early 2019.

Spivak made his UFC debut up against Walt Harris in May 2019 and faced his career's first defeat. He won his second matchup against Tai Tuivasa. To date, Sergey has won eleven matches out of thirteen matches He played. He is set to face Jared Vanderaa on December 12, 2020. Sergey has won 4 matches with KO.