Shane Young was born on July 31, 1993, in Napier, New Zealand. He is among the two children born to his parents. He has a brother who is also a fighter. Young rose to fame only after his success so, information about his early life is under investigation. Shane holds New Zealander nationality and is of Maori Tribe and European descent. Talking about his physical appearance, Shane stands five feet and eight inches tall and weighs 65 kgs.

Young has been fighting at the professional level since 2012. Shane has an estimated net worth of more than $100,000. Shane credits most of his net worth to his successful career in UFC and MMA fighting, and The fighter has disclosed only about $50,000 as his career earnings from fighting. The average salary of a UFC fighter is more than $50,000, and Conor McGregor tops the list with $20,102,000 as his UFC Earnings. 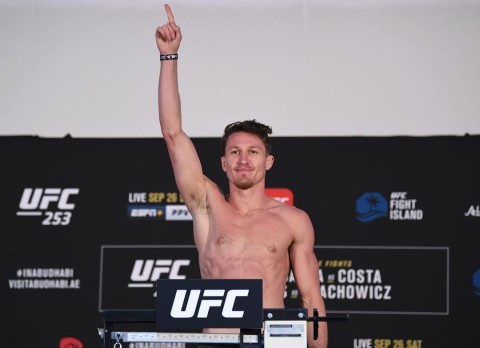 Shane has been competing in UFC since 2017 SOURCE: [email protected]

In early 2020, Shane took home $22,000 from his fight against Ludovit Klein. A UFC fighter earns a reasonable sum through their additional income sources like Sponsors, advertising deals, garmented prize money, the fight of the nights, and a few more. He has a sponsorship deal with Reebok.

Shane Young is a married man. He is living a happy married life along with his wife and their child. Shane tied his wedding knot with his longtime girlfriend, Baylee Rose Ohalloran. They had a private wedding ceremony in their hometown where only close friends and family members from both sides attended the event. 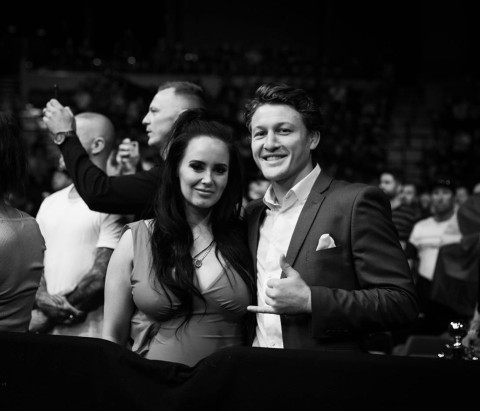 Shane along with his wife at a UFC event SOURCE: [email protected]

Young and Baylee had been dating each other for sometime before their marriage. In January 2020, Shane opened about expecting their first baby shortly. The duo was blessed with a baby boy in June 2020. Baylee works as a model and bar dancer. She is very much supportive of her husband. Shane keeps sharing his family photos in his timelines regularly.

As per sources, Shane had a failed marriage. He took some break from his career in 2017 to tackle his depression and mental health issues surrounding his marriage's break-up. There is not a single word about his first marriage with the public.

Young started training from a very early age. He started his MMA career in 2012. Shane made his MMA debut against Ray Karaitiana at ICNZ 18. The fighter won the match via TKO in the first round. He lost his first match in 2014 against Adrian Rodriguez in Xtreme Fighting Championship 20.

Shane made his UFC debut in 2017. He fought against Alexader Volkanovski in the UFC Night Wedum vs. Tybura. Young lost his debut match via an Unamious decision in the third round. In 2018, Shane played his second UFc match against Rolando Dy and won the game via TKO in the second round. He is set to face Omar Morales on March 2021 at UFC 260.