Tagir Ulanbekov is a Russian mixed martial artist who currently competes in the flyweight division of the Ultimate Fighting Championship. He has been fighting professionally since 2013 and made his UFC debut in October 2020. Earlier, he fought at Kavkaz League, Fight Nights Global, Pride, and GFC.

Ulanbekov is a teammate of UFC lightweight champion Khabib Nurmagomedov and was one of many fighters in his father Abdulmanap’s stable before he passed away in July. Scroll down to know more about him including his salary, relationship, and family.

Ulanbekov recently made his UFC debut at UFC on ESPN+ 37 and began his career with a win at the promotion. He is expected to become one of the top fighters in the division and is projected to earn a huge amount in near future. In his UFC debut, he earned a paycheck of $23,500 including $10,000 guaranteed, $10,000 winning bonus, and $3,500 Promotional Bonus. Tagir will earn even more if he continues to perform better in the future. 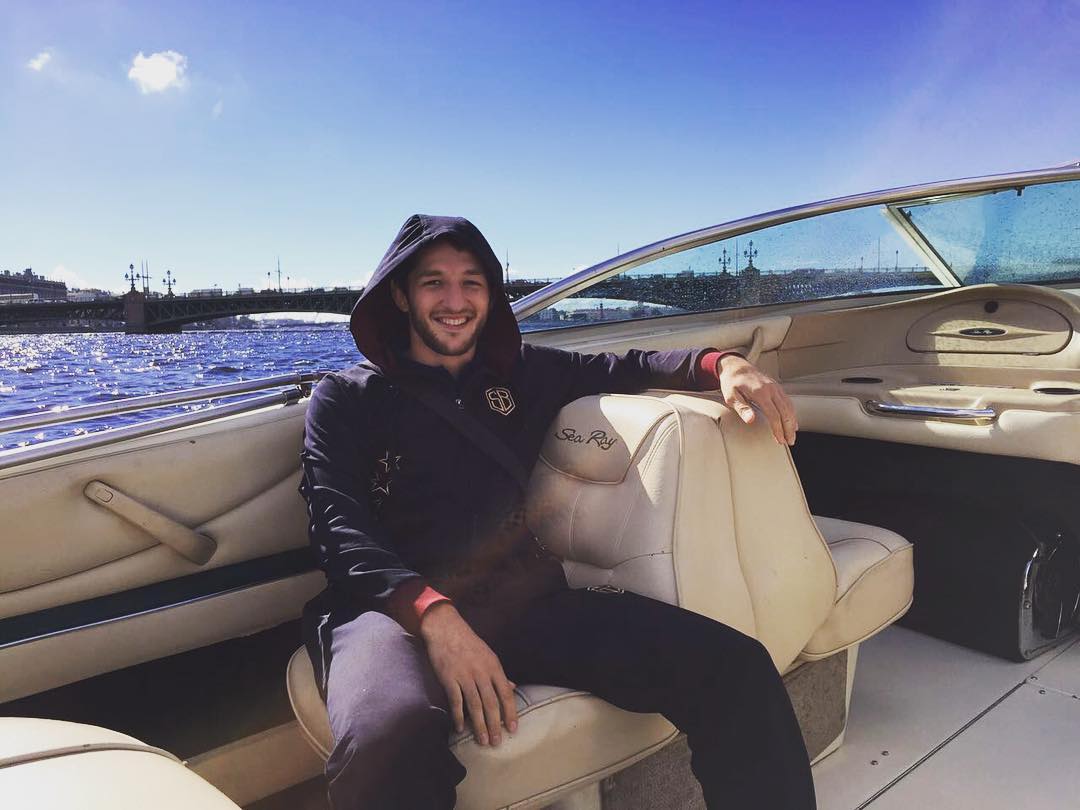 His teammate Khabib Nurtmagomedov is one of the highest and popular fighters in the company and earns millions per fight.

Ulanbekov earlier fought at various promotions and earned well from his wins. Before joining UFC, he had a MMA record of 11-1 so, he must have received a huge amount in win bonus at other promotions.

The 29-year-old MMA fighter was born on July 8, 1991, in Dagestan, Russia. He fights out of Makhachkala, Russia, and his stance is a southpaw. He is associated with Eagles MMA and his foundation style is Combat Sambo. His pro-MMA record is 13-1-0 (Win-Loss-Draw).

Ulanbekov could possibly be married but alike his teammate Khabib, he has also not disclosed anything about his wife. He is a Sunni Muslim and Muslim people do not reveal much about their wives and do not bring them to the media. As per our, record, Tagir is married and has a wife.

Tagir Ulanbekov made his UFC debut at ESPN+ 37 on October 11. He defeated Bruno Silva via unanimous decision and dedicated his win to Khabib's father late Abdulmanap Nurmagomedov. He is a teammate of lightweight champion Khabib and is one of the fighter's trained by the late Abdulmanap who passed away in July.

He also told that his win is also a foundation for Khabib to beat Justin Gaethje at UFC 254. He said:

“I want to dedicate this victory to our coach, Abdulmanap Nurmagomedov. Rest in peace. This fight was a big responsibility for me, I had to motivate my teammates Khabib and Islam (Makhachev). They are fighting on upcoming cards. I didn’t fight the way I wanted. Everybody says the first fight in UFC, you get too much pressure and everything, and I guess it’s true. I felt it, as well.”