Tracy Cortez is a well-known American Mixed Martial Artist. She has been fighting in the Ultimate Fighting Championship under the flyweight division. Tracy fights under Fight Ready MMA and Neuro Force One Team. Cortez turned professional in 2017 and has lost just a single game in her experienced carer.

Tracy Cortez was born on December 10, 19993, in Phoenix, Arizona. She is among the four children born to her parents. Tracy holds American nationality and is of Mexican descent. She has three brothers, Jose Cortez, J.R. Cortez, and Abraham Cortez. Both of her parents were immigrants from Mexico. Tracy stands five feet and five inches tall and weighs 56 kg. 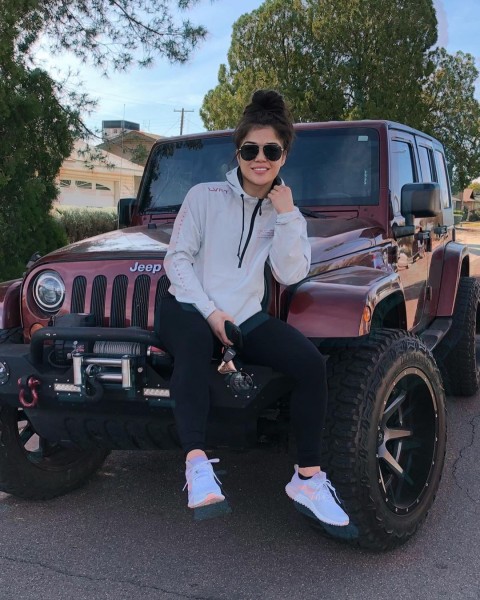 Cortez started training for the MMA after being inspired by her oldest brother Jose. Her brother passed away in 2011 due to germ cell cancer. Cortez got a tattoo in remembrance of her brother on her arm. She started her career fighting under  World Fighting Federation and KOTC in her amateur career. The fighter finished her amateur career with 3-0.

In 2017, Tracy signed with Invicta FC and her professional debut against Cheri Muraski. She eventually lost her first match via submission in round two. Shortly after that, Cortez fought against Roxanne Ceasear and secured a win via a unanimous decision. In 2018, The fighter fought in three matches, winning all of them.

In 2019, Cortez won her last match in the Invicta FC against Erin Blanchfield via a split decision. In July 2019, Tracy signed a multi-year deal with UFC. She made her UFC debut against Mariya Agapova at Dana White's Contender Series 22. Cortez eventually won the match via unanimous decision. In November 2019, the fighter made her bantamweight debut against Venessa Melo and won the game.

Tracy played her last fight in October 2020 against Stephanie Egger and won the match via unanimous decision. For the UFC on ESPN 22, Cortez will face Justine Kish on April 17, 2021.

Who is Tracy Cortez Dating? Know About Her Relationship Status and Her Boyfriend

Tracy is an active social media user, and following her posts, we can be sure at Cortez is single as early 2021. She is very much focused on her career. The fighter is at the peak of her career and spends most of her free time visiting new places and families.