Tristan Connelly is a well-known Canadian Mixed Martial Artist. He came to the spotlight after signing a fighting contract in the Ultimate Fighting Championship. Tristan started his professional career in 2010 under the lightweight division and competed in numerous divisions. Connelly is currently fighting under the Welterweight division. The fighter is also a Black belt holder in Brazilian Jiu-Jitsu.

Tristan Connelly was born on December 12, 1985, in Victoria, British Columbia. Tristan has become successful in keeping his private life away from the reach of the media. Tristan holds Canadian nationality and is of white descent. Connelly stands five feet and ten inches tall and weighs 77 kg (169 lb).

Tristan Connelly started training for Mixed Martial Artist from a very early age. He grew up in a family that supported his desire. The fighter made his professional debut on March 6, 2010, in Armageddon Fight Club against Jimmy Phan. He won the match via Submission(rear-naked choke) at the end of round one.

The same year, Connelly fought in two other matches and lost his first professional match in Cage Impact against Takahiro Kajita via a unanimous decision. The following season, He fought in two matches in which he lost a match and won another. In 2013, Tristan fought in just a single match and won the match against Jonathan Dubois. Connelly did not fight for the next two years and made his comeback in 2015 against Shawn Albrecht in BFL 37: Gladiator.

In late 2019, Connelly signed a contract with UFC and debuted against Michel Pereira at UFC on ESPN+ 16. He won the performance of the Night award for the match. After having a break for two years. Tristan is making a comeback in the UFC 261 against Pat Sabatini.

Earnings, Salary, and Net Worth 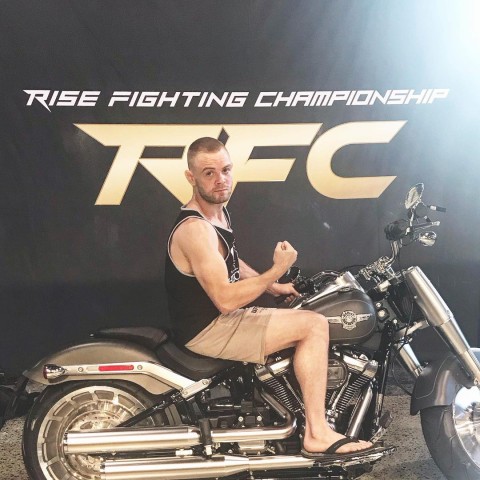 CAPTION: Tristan has been fighting in the UFC since 2019 SOURCE: [email protected]

Tristan is a married man living a happy married life along with his daughter. Connelly tied the wedding knot with Jen Connelly in August 2017. The love birds had been dating each other for a long time before tying their lot. They first met each other in 2013. Shortly after the wedding, they welcomed their first child, a daughter, Sidney.