Vince Morales is an American Mixed Martial Arts (MMA) fighter who is currently signed to the Ultimate Fighting Championship (UFC) under the featherweight division. Professional since 2015, he has earlier competed at Front Street, SFL, and KOTC.

Despite lost, $17,500 and $20,000 from UFC Fight Night: de Randamie vs. Ladd and UFC on ESPN: Woodley vs. Burns respectively. Morales' recent fight payout at UFC 265 is yet to disclose but it must be no less than the five-digit figure.

Besides, Vince has sponsorships as well. As of 2021, his net worth is approximately $0.2 million.

Vince Morales is in a relationship with Shino VanHoose, also an MMA fighter.  The duo is dating for a long time now. 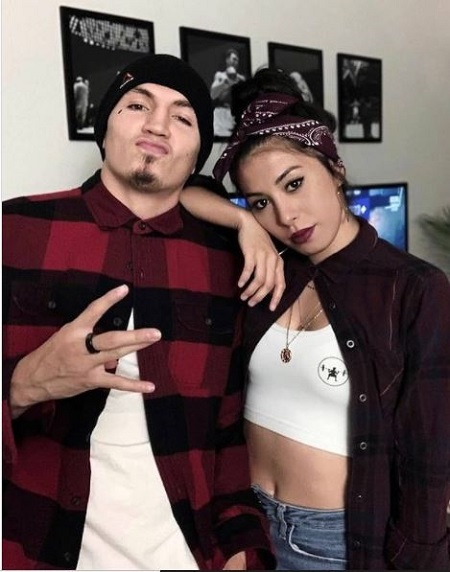 From their vacation to party to birthday to training they post all on their respective Instagram account. Seems like the MMA fighter couple is so much into each other. For now, there is no announcement for weddings but they will soon in the future.

On 15th May 2015, Vince Morales made his professional MMA fight debut at Front Street Fights: 5 against Joseph Cleveland. He won the fight via rear-naked choke submission in round one. He next defeated Jeremie Montgomery. at SFL 41: America 5 on 11th July 2015. That year on 11th September, he defeated Josh Wick.

On 13th February 2016, he won against Patrick Trey Smith at Front Street Fights 8. He next faced Hamilton Ash at Bellator 155, defeating Ash via KO. On 9th December 2016, he won the FSF Featherweight Championship after defeating Andrew Cruz via KO.

In 2017, he only had a fight against Rowdy Akers at KOTC: Quick Draw. He won the fight via submission.

On 17th July 2018, Morales faced Domingo Pilate at Dana White's Contender Series. He loses the fight via technical submission. On 21st September 2018, he won against Justin Hugo at Bellator 205.