Gossip Who is Teez Tabor's Girlfriend? Know about His Relationship

Who is Teez Tabor's Girlfriend? Know about His Relationship

Much about the American footballer Teez Tabor remains a mystery. Even though Teea found a massive spotlight as an athlete, he likes to keep his personal life away from the public. But, from his Instagram posts over the years, we can piece together his life out of football. The NFL star likes his love life and family on the down low, as Tabor only posted about his family on special occasions.

The six-foot tall NFL star may be in a relationship at the moment. However, the fact that he and his partner welcomed a child in their affair is well-known to the public. And the mother of his child runs an Instagram account for their kid. Please continue reading this article to learn more about Teez's relationship.

Teez Tabor and his girlfriend share a child. When did they give birth to their kid?

Yes, Teez Tabor is a father to a daughter he welcomed with Chelsea Harris. And Tabor first started going out with Harris in 2017. Likewise, the 26-year-old NFL star and his partner kept their relationship low-key. And the duo lead a quite lovelife away from the flashing cameras. When Teez and his girlfriend started dating, Chelsea was four years older than the NFL star. 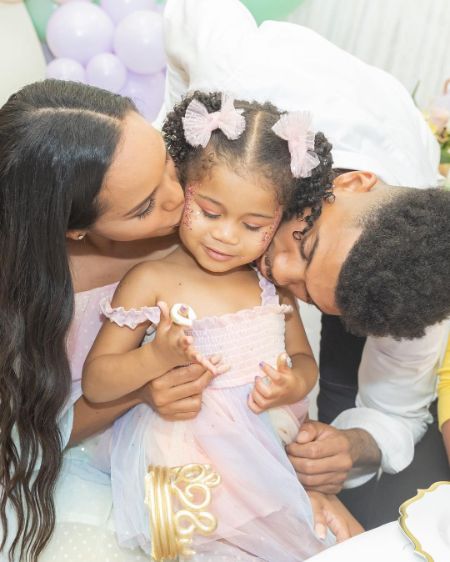 Teez Tabor took a picture with his daughter and Chelsea Harris on his Child's Birthday. SOURCE: [email protected]

Things for Teez and Chelsea started getting serious; soon enough, they were very close and intimate. Yet, throughout their lovey-dovey period, the athlete and his girlfriend, Harris, remained out of the earshot of the world. Being the cautious man he is, Tabor never appeared in public with his lover during that period.

After a couple of years of dating, Teez and his girlfriend welcomed their daughter. And Tabor's child, Ariah Reign Tabor, was born on April 18th, 2019. Harris and Tabor both hold immense love for their child, Ariah. And little Ariah became the most important person to the American footballer and Harris.

Are Teez and Chelsea together, or did they split?

As of 2022, Teez Tabor and the mom of his kid, Chelsea Harris, share a friendly relationship. However, the duo keeps their followers guessing whether they are still together. Teez keeps his personal life out of the limelight, so he rarely posts on social media. And respecting his choices, Harris refrains from sharing about the father of her daughter. 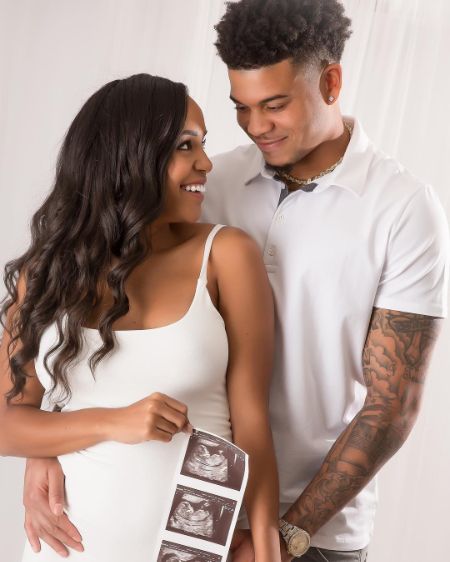 At a glance, Ariah's parents seem to be together, but it also looks like the duo decided to split. The NFL player and his child's mother appear in pictures with the young Ariah. However, they only take pictures together if their child is in the photo. Tabor and Harris try their hardest to give their precious daughter the love of a mother and father.

And so the question remains, are the duo still together? Or did Teez and Chelsea decide it was time to move on? It will remain a mystery unless the former Atlanta Falcons footballer or Harris tells the fans about it.

Who is Chelsea Harris? What is her profession?

Chelsea Harris gained a massive spotlight as the mother to NFL star Teez Tabor's child. However, much about Harris stays away from the spotlight. Like Teez, she prefers her family out of the public eye. 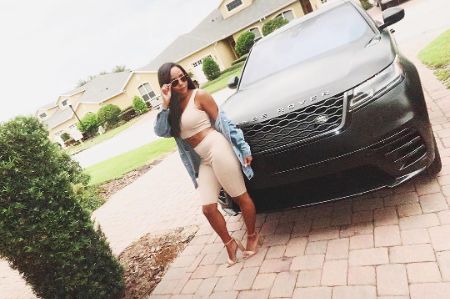 Chelsea Harris was posing next to a Range Rover. SOURCE: [email protected]

As of 2022, Chelsea holds an estimated $500k net worth. And according to many online sources, a realtor earns an average salary of $45,000 annually. Speaking of assets, the father of her child, Tabor, owns around $3 million as his net worth.

Teez Tabor Dislikes sharing about his past affairs!

Given how secretive the American football player, Teez Tabor, is, it comes with no shock factor that he does not like to talk about his ex-girlfriend. Tabor is an attractive man, no doubt about it, and he must have seen his fair share of flings in the past. But, Jalen Teez Tabor refrains from bringing his ex-partners up.

Not only does Teez avoid talking about his relationship with the mother of his child, but he also refuses to talk about his past lovers. And as a result, the names connecting to Tabor romantically stay entirely out of his fans' reach, aside from Chelsea Harris.