Youssef Zalal is an uprising Moroccan mixed martial artist who is currently signed with the Ultimate Fighting Championship (UFC) under the Featherweight division. He has also competed in the Lightweight division for other MMA promotion company.

Born in 1996 in Casablanca, Morocco, Youssef Zalal celebrates his birthday on the 4th of September every year. He is currently 24 years old and goes by the nickname of "The Moroccan Devil." Likewise, his zodiac sign is Virgo.

He has a close bond with his family. His father's name is Mustapha Zalal, and his mother's name is Nassira Hasnaoui. Apart from his parents, he has a sister named Khadija Zalal plus two brothers; Ahmed Erradi and Nourdine Zalal.

Youssef Zalal was an angry kid while growing up, so much so that he used to fight with other kids. To control his anger, his mother decided to put him in kickboxing. At the age of 13, he moved from his hometown of Casablanca, Morocco, and settled down in Denver, Colorado, United States. 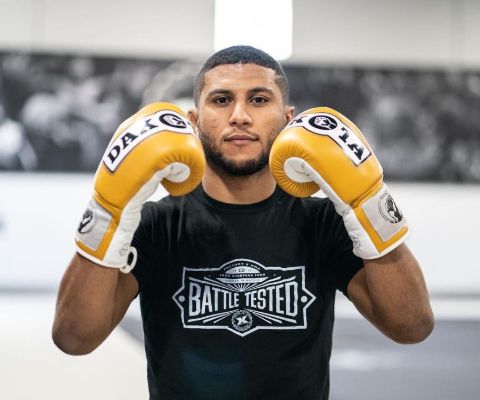 After moving to the U.S., he learned more and trained hard to become an MMA fighter. On August 22, 2015, he made his amateur career debut fighting against Steve Peters. He secured a win in his debut. After that, he won against Brandon Robinson and Bobby Molinar before tasting defeat at the hands of David O'Brien.

On January 7, 2017, he secured a win against Slade Ring to wrap up his amateur career. Then, on August 19, 2017, he made his professional MMA debut against Michael Santos. He won the bout via submission (brabo choke). In his next bout, he was able to defeat Maurice Salazar.

Following two wins, he was confident. Later, he defeated opponents like Clay Wimer, Joey Banks, Daniel Soto, and Steven Merrill. However, his 6-win run was ended when he suffered a loss while fighting against Jose Mariscal on January 18, 2019. In his next match, too, he lost against Matt Jones. Despite two straight losses, Youssef backed up and returned on winning ways.

On November 22, 2019, he secured a win against Jaime Hernandez. Later, he signed a deal with the UFC. On February 8, 2020, he made his UFC debut fighting against Austin Lingo—Youssef won the match. Following that, he defeated Jordan Griffin and Peter Barrett.

After three wins in the UFC, he faced defeat against Ilia Topuria and Seung Woo Choi on two different occasions. Youssef is currently preparing for his upcoming bout against Sean Woodson—the match will take place on June 5, 2021, at UFC Fight Night: Rozenstruik vs. Sakai.

Youssef Zalal has an MMA record of 10-4-0 (Win-Loss-Draw) in his professional career. With such a record, he must have earned some good amount of money. Besides, in his UFC debut win against Austin Lingo, he won a winning cash prize of $23,500.

Likewise, as per sources, it is known that the early preliminary card fighters earn a guaranteed sum of $10,000, even if they lose, and the sum will increase in case they win. Also, the average income of all UFC fighters is around $138,250. So, how much is his net worth? As per sources, Youssef Zalal has a net worth of around $1 million.

The UFC MMA fighter is a happily married man. However, he hasn't disclosed much about his wife, although he shares many pictures alongside her via his Instagram account. The only thing known about Yousself's wife is that her name on Instagram is KATANA and her Instagram username is @pleokatra. 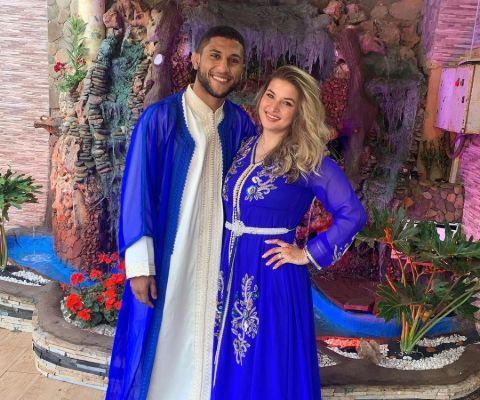 Likewise, his wife's Instagram is in private mode, making it hard to gather info about her. Nonetheless, there are other things known about Youssef and his wife, like the duo shared the wedding vows on April 14, 2018, after dating each other for a while.

Moreover, the husband-wife duo is yet to be blessed with a child. Nonetheless, they have a lovely marital life, which is evident from the pictures that the MMA fighter shares on his Instagram handle. They are usually seen visiting different places and enjoying their time together.