Odion Jude Ighalo a.k.a. Odion Ighalo is a Nigerian professional footballer who plays as a striker currently playing side Chinese club Shanghai Greenland Shenhua and the Nigerian national team. He has played for many European football clubs like Udinese Calcio and  Watford FC as well as playing Nigeria in the U-20 levels and was named in the  Olympic team in 2016. He has been playing for Nigeria senior team since 2015.

Odion Ighalo has an estimated net worth of over $30 million in 2019. He is married to his wife Sonia and has three children with her.

As of 2019, Odion Ighalo has an estimated net worth of $30 million, mostly earned through his football career. Currently signed to Shanghai Greenland Shenhua, his annual salary reported no less than the seven-digit figure.

Back in 2018, he earned an annual salary of around $10 million from the Chinese club Changchun Yatai with an estimated weekly wage of $264, 240. Likewise, his annual salary from his previous Premier League club Watford FC was above $1.8 million and Ighalo's weekly wage in the club was $40,000.

Further, the footballer is endorsed by sports producer Nike. His current market value is estimated to be above $15 million. 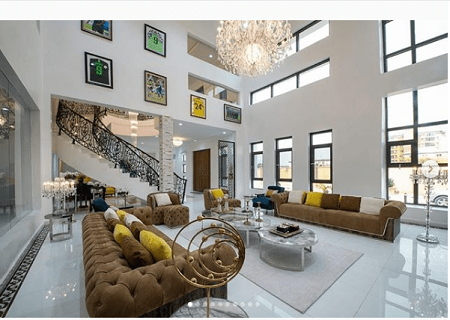 Additionally, he has a few lists of worlds expensive cars. He is fond of cars and drives a BMW Car. His other car includes Range Rover Sport, Mercedes Benz G Wagon among others. 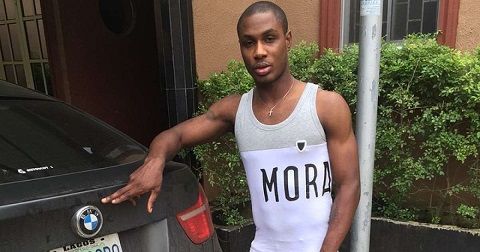 Once, while he was working with the Watford FC, his BMW X6 car was stolen from the street with other stuff in it. He is seen enjoying his life with family and living a luxurious life.

Odion Ighalo is a devout Christian and is a married man. Odion Ighalo is married to a woman named Sonia since 2009. Together the couple has three children, two sons, and a daughter. One of his son's name is Samuel Ighalo. 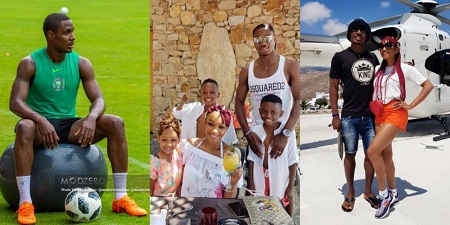 Odion Ighalo with his wife Sonia Ighalo and their kids' SOURCE: AkPraise

Despite a busy schedule, he spends quality times with his family. He often visits world mesmerizing holiday destination with his family during vacations. After Nigeria’s exit from the World Cup, the family had their vacation in Greece.

Not to mention, he is a devoted husband and remarkable father to his children.

He is a very charitable as he set up various charitable organizations in Nigeria to poor people, children and to improve the education system. For his contribution, he was awarded BOA Awards in 2017.

The Nigerian born was interested in playing football from his early days as a child and joined the youth club of Prime FC to start his career.

After playing for a senior team of Nigerian football clubs, Prime FC and Julius Berger FC, he was signed to a Norwegian football team, Lyn on 2007 and made his debut for the club against Viking on a Tippeligaen match on 16 September 2007.

He scored 9 goals in 20 appearances for Lyn.

During July 2008, he signed a five-year contract deal with Italian Serie A side Udinese. During his stint with the Italian Club, he was loaned to various European clubs such as  Granada CF on two separate seasons, AC Cesena and  Watford FC.

After his stay at the Italian Club, he went to England and played for English Premier Club, Watford FC whom he joined on July 29, 2014. He played his first match for the English team in August and scored his first goal for Brentford in September 2014.

He was named the Premier League Player of the month in December 2015 for scoring five goals for Watford FC.

Currently, the Nigerian striker is signed to Chinese Super League team,  Changchun Yatai with whom he signed on 31 January 2017 for a transfer fee of $ 27.79 million.

On 14 February 2019, he transferred to Shanghai Greenland Shenhua. The following month, he said he turned down a move to Barcelona the previous month.

After playing for Nigeria’s under 20 sides, he was selected to play for senior Nigeria National team on 24 March 2015 and made his international debut against Uganda in a friendly match on 26 March 2015.

As of 2018, he has been recently been called up for Nigeria squad that features players like John Obi Mikel and Victor Moses.

Odion Ighlo has retired from international football. later, he stated he was abused from Nigerians forced him to leave the national team. What's more, Super Eagles coach Gernot Rohr reveals plans to lure ex-super Eagles star out of retirement.