How Much Is Ronnie O'Sullivan Net Worth? 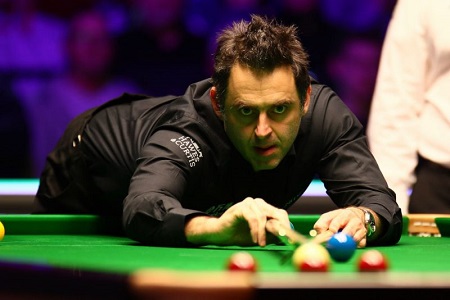 What's more, he is ranked #1 in the list of All-time Richest Snooker Players in the World. Besides, he earns much from his broadcasting career with Brentwood radio station Phoenix FM. In March 2014, O'Sullivan signed an exclusive deal with Eurosport to become its global ambassador for snooker, with the goal of driving the sport's international appeal.

Additionally, his other source of income is a video game. He is involved in several video games, including his own released for PlayStation Vita, PlayStation 3, and PlayStation Portable.

As of 2022, his net worth is approximately $15 million. He owns a Morfe Lady Three canal boat home.

Relationship Status; Who is his Wife?

Ronnie O'Sullivan is engaged to British actress, Laila Roussa, Known for portrayals of Amber Gates in Footballers' Wives (2004–2006) and Sahira Shah in Holby City (2011–2012). The couple got engaged in 2013 but are yet to tie the knot. 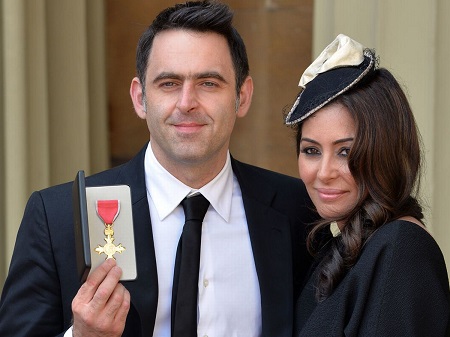 Ronnie O'Sullivan and his fiancee, Laila Rouass SOURCE: The Mirror

Besides, the snooker is father to three children. His first child, a daughter, Taylor-Ann Magnus was born in 1996 from his two-year relationship with Sally Magnus. Further, his other two children are Lily (born 2006) and Ronnie (born 2007) from a relationship with Jo Langley. The couple met at Narcotics Anonymous.

In October 2018, he became grand-father, after Taylor-Ann gave birth to her first child.

Ronnie was born to Ronald John O'Sullivan and Maria O'Sullivan. His parents ran a string of sex shops in Soho. In 1992, his father was sentenced 18-years in jail for murder after stabbing father-of-two Bruce Bryan. Later four years, his mother also jailed one year for tax evasion, leaving Ronnie to care for his then eight-year-old sister Danielle.

At the young age of 10, Ronnie O'Sullivan started his snooker career. By his fifteen, he earned a maximum break and turned professional the following year. Considered the most naturally talented player in the history of snooker, he is the only player to have achieved 1,000 career century breaks, a milestone he reached in frame 14 of the 2019 Players Championship final.